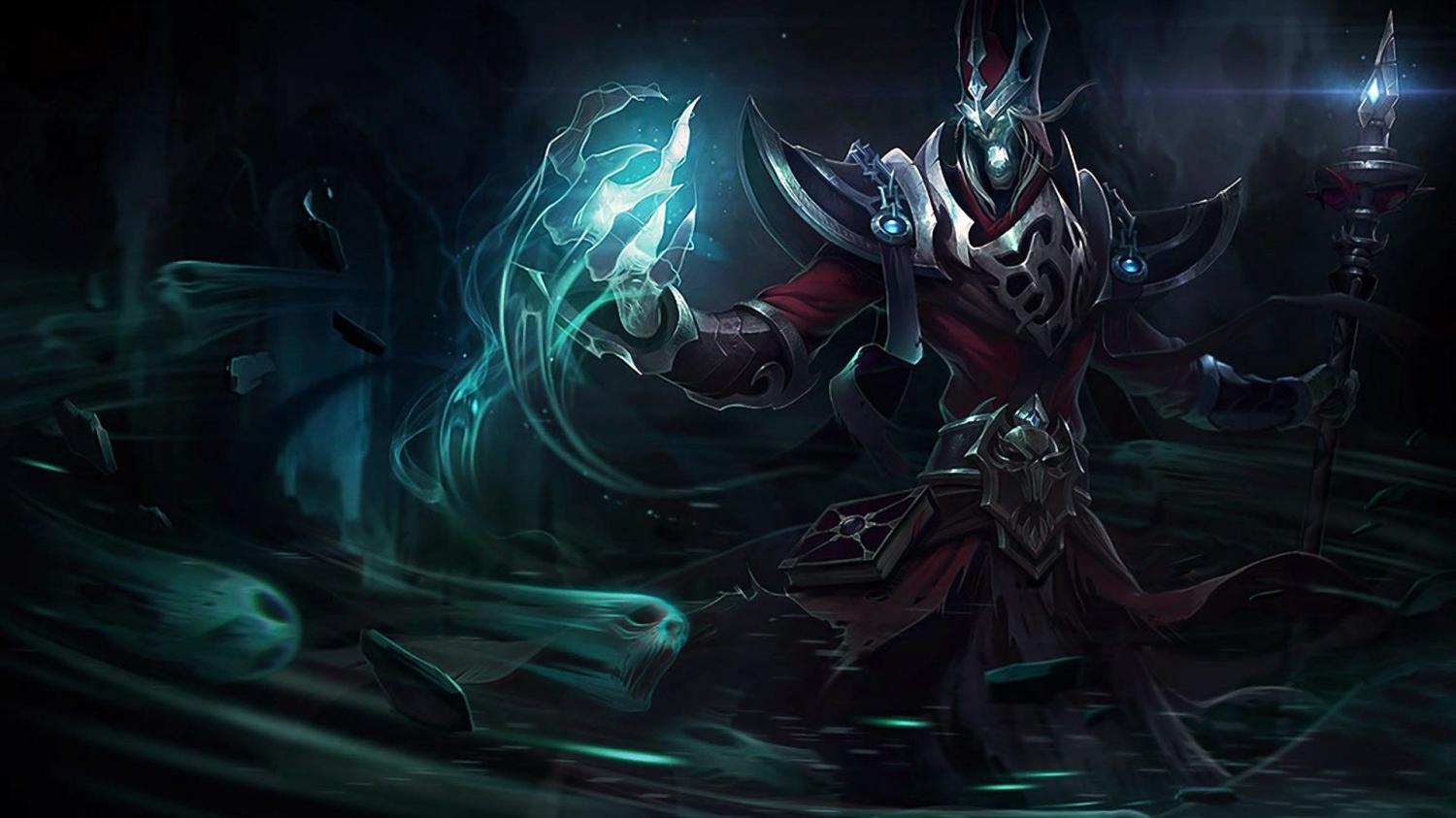 The final week of the Proving Grounds qualifiers have wrapped up and we've locked in our competing teams! This week’s tournament -- The Nerd Street Power Play Last Chance Qualifier -- started with CLG Academy vs C9 Amateur.

Group Stage Round 1A

CLG Academy vs Cloud9 Amateur was incredibly fraught for C9 showing VERY strong early game fundamentals, but falling apart in the mid-to-late for both of the games they played. This is easy to chalk up to a lack of on-stage game experience -- scrims simply cannot prepare a team for the reality of on-stage, high-stakes, late gameplay.

Cloud9 Amateur getting knocked out of Proving Grounds is a stepping stone for a talented Amateur team’s journey to develop. Making it this far in the qualifiers is a testament to their talent and improvements. We’re looking forward to seeing Cloud9 Amateur in future tournaments!

Group Stage Round 2A

CLG Academy vs Dignitas Mirage was an aggressive sweep from CLG, with a triumphant carry coming out of CLG Keel on an unstoppable Hecarim dominating early during game one. At 17 minutes, CLG Keel was 7/0/5 with a 700G bounty on his head. CLG Keel’s back was perfectly intact, however, because CLG also won every lane during the lane phase, game one ended after 23 agonizing minutes. It wasn’t a failure on Dignitas Mirage’s part, but rather an efficient, aggressive W for CLG Academy.

Game two felt much more hopeful with Mirage maintaining a beautiful, clean lead for much of the game. CLG Academy’s ability to snipe bounties off of DigMig’s highest rollers kept them in the game despite not getting a single drake -- until Elder. When the Elder Drake fight at 35 minutes resulted in Dignitas Mirage wiping to CLG Academy’s superior team fight, it also cost them Hand of Baron. CLG Academy scooped up the W, their second win, knocking Dignitas Mirage to the loser’s bracket to compete with Maryville University for the playoff slot.

Dignitas Mirage vs Maryville University in the loser’s bracket was a great show of skill and showcased both team’s improvements over the season. This was the first best-of-three that went to a third game in the Last Chance Qualifier and Maryville put their heart and soul into their third and final game at the end of their path to Proving Grounds. Dignitas Mirage has very clearly benefited from their relationship with Dignitas. Mirage’s access to Dignitas’ many resources -- coaching, experienced players, professional staff -- has resulted in meteoric growth and improvement for Mirage’s players. This was never more apparent than in team fights against Maryville, whose experienced roster is still in the early stages of developing an effective team synergy.

Group Stage Round 1B

Round 1B was Winthrop University vs Supernova and Barrage vs Revival, ending with Revival vs Supernova in the loser’s bracket.

Winthrop University vs Supernova’s best-of-three went to a game three. Winthrop maintained a commanding lead in their third game, but Supernova’s seemingly unbreakable mental had many believing that they would make a comeback. Winthrop won this game by the skin of their teeth at 42 minutes and a mere 6k gold lead.

Barrage vs Revival ended as Barrage swept Revival 2-0 and moved on to go head-to-head against Winthrop in the 1B winner’s bracket.

Round 1B loser’s bracket was Revival vs Supernova. Supernova’s meteoric comeback felt unstoppable when they knocked out Winthrop University in round 2B.

Group Stage Round 2B

Barrage was disqualified from the Giant Slayer Spring Gauntlet when an unfortunate disconnect paired with scheduling conflicts resulted in Wildcard Gaming taking the win by default, knocking Barrage out. Barrage vowed to show us what they were made of in the Last Chance Qualifiers and we can safely say they accomplished that with flying colors during this impressive 2-0 sweep against Winthrop University.

The first game was so stressfully close that it truly felt like Barrage’s dreams of making it to Proving Grounds may not be possible. Winthrop University showed a scrappy presence and flair for objectives, but were unable to prevent Barrage’s superior team fights and targeted bounty hunting. Barrage won the first game by a hair and 4k gold. The obvious MVP of game one was BRG Apa on Karma -- an unstoppable mid with a monstrous presence all over the map who helped boost morale and shuttle his teammates to victory.

The second game was a sweep with Barrage taking every objective on the map other than towers. The game ended at 24 minutes with 16 kills to 2, 7 towers to 1, and an unbelievable 10k gold lead for Barrage.

Winthrop University vs Supernova ended in a 0-2 sweep for Supernova, resurrecting them from the dead and nabbing them the final, coveted spot in the playoffs.

The semifinals and playoffs for the Last Chance Qualifier were a best-of-5, truly a last chance for these teams to pursue their dream of making it into Proving Grounds.

Feeling fresh and ready to go after digging themselves out of the loser’s bracket with blood, sweat, and tears, Supernova were able to snag one win against CLG Academy to prevent a sweep. An incredibly admirable performance from Supernova ensued -- but it wasn’t meant to be. CLG Academy’s superior team fights eventually took hold in three out of the four games that were played.

It was impossible to pick a favorite in this best-of-five. Barrage’s disqualification from the Giant Slayer Spring Gauntlet was a freak accident that couldn’t have been avoided. Mirage’s timely partnership with Dignitas had uncovered a team capable of rapid growth forged in fire. Ultimately, Barrage took the win, leaving us to wonder if the Giant Slayer Spring Gauntlet turned out differently in a different timeline.

Supernova took the first game with an insurmountable 16k gold lead, 33 kills, and 9 towers. Things looked tentative for Supernova on the second game, with Dignitas Mirage pulling a much stronger draft. Things remained nearly evenly tied until a mid-to-late game hit, with Supernova realizing too little too late that you simply cannot allow DIG Hyami a clutch Udyr or let a DIG’s Meech snowball modestly on an aggressive Caitlyn.

The fourth and final game was one centered around objectives. Dignitas Mirage put extreme emphasis on bullying Supernova out of every single tower, herald, drake, and eventually Baron. Early game was nothing but pain followed by more pain for Supernova. Dignitas Mirage ended with 8 towers to Supernova’s 0 and third place in the Nerd Street Power Play’s Last Chance Qualifier.

The first game was relatively harmonious to start. Both teams clearly wanted to focus on executing an effective lane phase and not making risky plays with big payoffs. The by-the-book method ultimately gave CLG Academy the advantage in that the win condition swiftly became about winning key team fights. CLG Academy took this one on the merit of their teamfight mechanics, ending at a cool 30 minutes with 11 towers to Barrage’s 1, and a 13k gold lead.

The second game went much better for Barrage but ended in a similar situation to the first game at nearly the exact same time. However, this one by a significantly smaller margin -- CLG’s 9 towers to Barrage’s 2, CLG’s 10 kills to Barrage’s 2, and a 9k gold lead. Barrage may have lost the first two games, but their mental strength was not even remotely broken. For some teams, loss is the ultimate motivator. This was obviously true for Barrage, as they were about to make their big comeback.

Barrage’s jungler Fanatiik was the shining MVPs in game three with remarkable play around him from his team. Without ADC Gorica’s (Kai’sa) near flawless early and late game positioning and timing, without mid lane Apa’s (Taliyah) aggressive roams-n-zones, without support Winter’s (Nautilus) peels-n-pops, without top lane PCL’s (Volibear) constant aggressive split pushing, implicit map awareness, and timely teleports, game three wouldn’t have been such a banger. Ending at exactly 31 minutes with 29 kills to CLG’s 11, 10 towers to CLG’s 1, and a 13k gold lead, Barrage signaled that they were back and ready.

Game four felt so much shorter than the rest despite running exactly 30 minutes for the FOURTH time. By all rights, CLG Academy seemed to have a stronger draft -- Irelia wins vs Gnar, Udyr wins vs Skarner, Viktor (BRG Apa) DOES win against Orianna but she’s essentially just a late game clutch Shockwave machine anyway, Kai’sa wins against Tristana, and Alistar and Nautilus are comparable in the hands of a competent support. Despite the odds being stacked heavily in the favor of CLG Academy logistically speaking, a miraculous thing occurred: Barrage’s mid laner Apa took it upon himself to carry the entire team to a stunning victory. Going 6/0/12 with a 700G bounty, Apa blew up CLG’s entire team time and time again, eluding CLG’s notice during critical team fights. A low-key powerhouse exists in Viktor, and few teams seem to prioritize him over flashier picks like Tristana and Gnar. These bouncing, flailing, teleporting, transforming distractions aptly hid the strength of Apa’s Viktor, carrying us to a game five.

Barrage started game five strong with a first blood snipe for their jungler Fanatiik on Udyr, but were quickly retaliated against by CLG’s jungler Keel on Karthus. The CLG Curse goes as follows: if CLG gets first blood, they will lose the game. Losing first blood was CLG’s first lucky charm in game five.

Barrage grabbed the first drake (Mountain) but at the expense of their bot lane’s farm and wave management. CLG Academy took full advantage of this and saw a roam from jungler Keel on Karthus, sweeping the lane and nabbing both kills. From there, CLG’s Thien on Aatrox threw his first teleport to bot to further punish Barrage’s duo of Gorica on Caitlyn and Winter on Rell.

Tim Sevenhuysen of Oracle’s Elixir professed that the team to nab an Infernal Drake before 15 minutes increased their probability to win by 11.1 points. This little bit of trivia turned out to be CLG Academy’s second lucky charm. CLG grabbed the infernal drake at 12 minutes.

The rest of the game never quite swung in Barrage’s favor after that. CLG Academy definitely leveraged the Karthus ults and took great care to nurse the bot lane leads they had earned in the early game. Eventually they snapped up an Ocean Soul and the end grew nearer for Barrage. CLG did a beautiful job growing and sustaining a lead that won them the Nerd Street Power Play’s Last Chance Qualifier and a coveted spot in the LCS Proving Grounds.