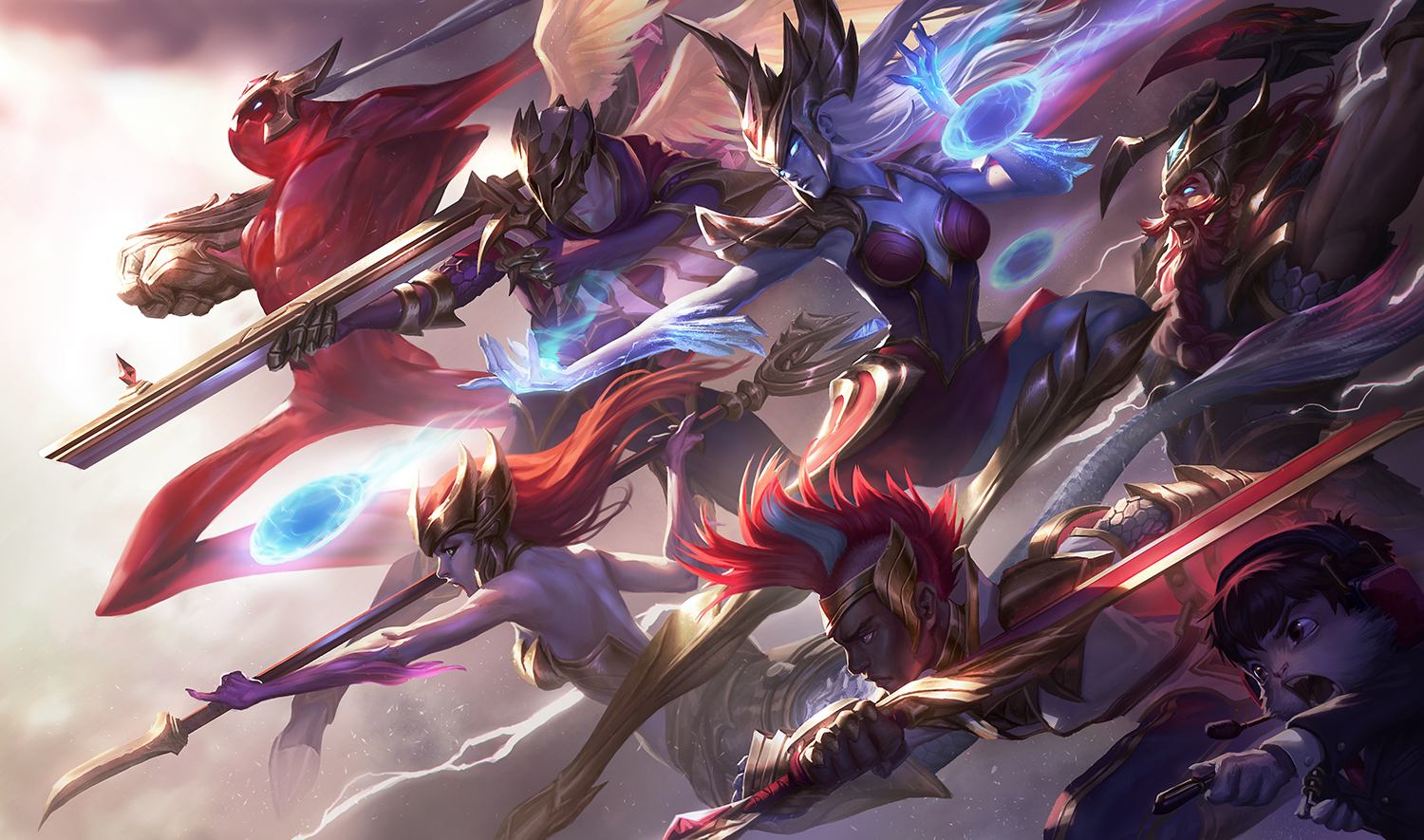 It’s almost here! The GiantSlayer Spring Gauntlet is just around the corner (48 more hours til go time!) and we’re looking forward to keeping you up-to-date with in-depth coverage of this historic event in League history.

Conversations surrounding new talent in NA have been incredibly prominent and centered around limitations for players that aren’t from the US or Canada. The issue is specifically centered around superstar players from regions that have won the League of Legends World Championship, something the North American region has yet to do.

While those are important conversations to have, a compelling series of events is happening right here, right now: amateur teams competing in a tournament circuit that is a part of Riot’s official competitive ecosystem. Riot does lightly regulate community amateur tournaments but doesn’t officially sanction them. There have been officially sanctioned Riot events in the past that have been open to the amateur community and general public, but none have been so laterally close to LCS. Proving Grounds is arguably the highest possible tournament to win in North America outside of LCS. The 10 professional LCS teams keep one eye on emerging talent from events like Proving Grounds to fill out their Academy rosters and, in rare cases, find starters for their LCS teams.

This is the second-to-last chance to qualify for Proving Grounds for both Amateur and Academy teams. Without further ado, let’s talk about the teams and what we’ve come to expect from them so far.

These teams are presented in their seeded order. The top 4 teams will sit out the first bracket on March 8th and will compete on March 9th against the winners of round 1.

Golden Guardians as an organization are known for their passionate pursuit of developmental talent, and it’s obvious that they had a heavy hand in the creation of this new path to Proving Grounds. The work ethic of this team is incomparable, with giant strides being made in every game they play. One notable player to keep an eye out for is the 2020 Scouting Grounds acquisition Yunbee, an ambitious mid-lane player whose roaming playstyle is reminiscent of former star GG mid and now 100T starter Tanner Damonte. With a 37% win rate in the 2021 season so far, GGA is looking primed and ready to take on the competition and shore up what is steadily rising stats.

CLG Academy has had a little bit of a rough start, echoing the same struggles as their parent LCS team. With a number of chaotic and sometimes jarring roster changes -- Pobelter benched for 5 games, Worlds competitor WildTurtle subbing for 1 game -- it looks like CLG is starting to experience a bit of stability going forward. One of our favorite picks of this split has been Jungle powerhouse Keel, fresh out of Columbia College, whose proactive jungling has been absolutely essential for every single win CLG Academy has under its belt. With a win rate of 36%, we expect to see some fierce competitive play from CLG Academy to prove they can overcome adversity and thrive.

From Rock Hill, South Carolina comes a scrappy collegiate team determined to prove that Maryville isn’t the only school capable of becoming a college-straight-to-LCS pipeline. Winthrop University has had consistent improvement over the course of 5 different tournaments, displaying a lot of humility and hard work ethic. We’ve got our fingers crossed for an appearance of Saskio’s absolutely terrifying Kai’Sa, but don’t expect her to make it out of the ban phase with so much on the line for all the teams competing in this tournament.

Maryville has had to rebuild and recalibrate in the wake of their star player moving to Los Angeles to pursue his dream of going pro with Golden Guardians. Struggling to retain their crown as the King of Collegiate, Maryville has their sights locked in on knocking the wind right out of Winthrop. It would be our greatest wish to see these two top teams clash at some point in the bracket. Has Maryville’s brand new roster had enough time to rise to the challenge if it calls? Based on a 58.3% 2021 win rate, things look very optimistic for them.

Living in the shadow of the 2021 LCS Academy Spring Split champions is daunting, but Cloud9 Amateur has been anything but a disappointment to the C9 family with a 46.3% season win rate -- higher than the majority of Academy teams. C9 Amateur has experienced a slight dip in their standings as a result of the team’s support swap from Tempos to Breezyyy, but they seem to have a handle on what they need to do to rise higher.

Barrage and Supernova playing this early in the tournament is like eating your dessert before dinner: it’s going to be good. Three players -- PCL, Fanatiik, and APA  -- as well as several staff members are either Supernova alumni or were active in the organization last season. Barrage has everything to lose in this matchup so we expect that they’ll bring their best game to the stage to ensure their old organization doesn’t cause the amateur upset of the year.

Putting their money where their mouth is, Evil Geniuses has enthusiastically endorsed the idea of developing talent for the good of the entire NA region. Every member of this fresh-faced, brand new team has less than two years of experience on a tournament-ready team. They’re clearly very hungry and ready to hit the ground running with a 66% organization-wide win rate since its inception.

This brand new team has played the second-most games during the 2021 amateur season so far at a whopping 60 in total. As of March 7th, 2021, we’ve had 65 days in the year. A hard work ethic makes this underdog team extremely easy to cheer for.

Like a phoenix rising from the ashes, Supernova had to rebuild after the majority of their roster and part of their staff left for Barrage NA. In an impressive show of coordination and hard work, Supernova has had a positive win rate and a completely stable roster for all 65 days of the 2021 season. A large part of Supernova’s success can be attributed to their absolutely beastly jungler Matty, a roaming prodigy on the rift that shows a mastery of map control, lane tempo, and objective control well beyond his years. His KPR for 2021 is 68.6%, which is higher than the majority of current LCS junglers. Can Matty pull Supernova through their alumni in Barrage for the amateur shakeup of the year?

Wildcard Gaming has seen some unfavorable match-ups against some of the most successful and prominent teams in both Academy and Amateur, lending to the difficulty in their quest to climb the brutal Amateur ladder. A redemption arc, a miracle run -- call it whatever you’d like, it would be refreshing to see Wildcard Gaming give Cloud9 something to worry about in a David-and-Goliath-Esque showdown.

Some trouble securing a consistent jungler has kept Mirage from their full potential, but it looks like the current roster is stable and secure. The departure of their jungler Hunter was a huge loss but it looks like Hyami is doing everything they can to fill that spot as effectively as possible.