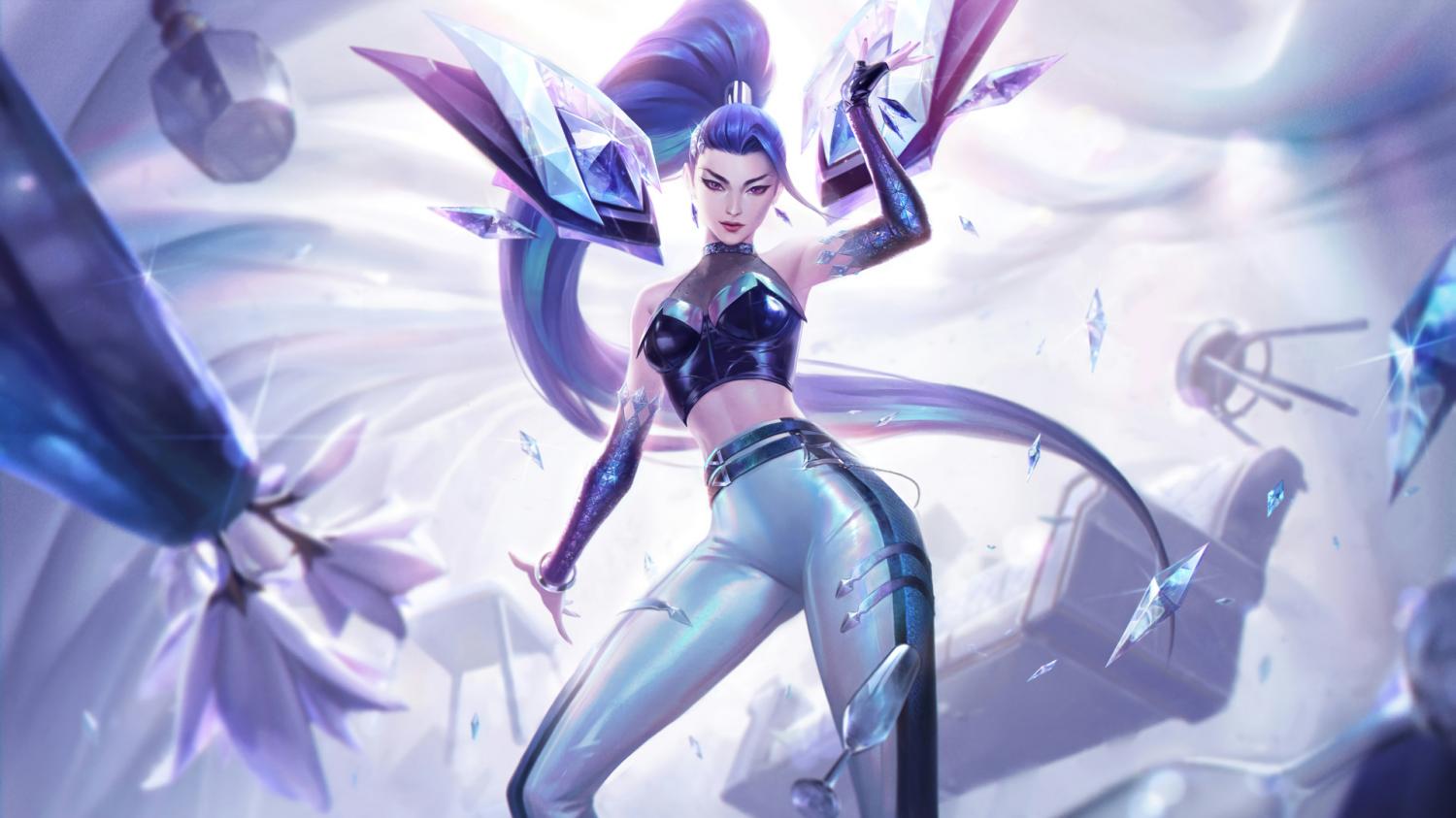 Golden Guardians Academy kicked off game one dominating objectives right off the bat -- every single drake this game went to GGA. This superior map control from GGA’s RoseThorn on Olaf helped their bot lane snowball very quickly from a minor threat to a massive one. GGA’s Prismal on Lucien and GGA Chime on Braum began to menace WC Teamlukee on Kai’sa and WC Daption on Galio almost immediately thanks to GGA RoseThorn kicking off some early pressure. Golden Guardians Academy worked together to time ganks and lane priority to scoop up objectives with ease.

Wildcard wasn’t down for the count, however, demonstrating great adaptability as the game transitioned from the lane phase to the mid game jungle pick extravaganza. Wildcard pulled off some killer rotations but faltered when they lost track of Golden Guardians Academy long enough for them to nab Hand of Baron at 20 minutes. GGA’s Chime on Braum was able to use empowered recall to reset and jog back to his team, allowing them to turn on Wildcard who were still pursuing the remaining members of GGA from the Baron pit. This was the fatal mistake Wildcard wouldn’t recover from. Golden Guardians Academy swooped down to grab the Mountain Soul and ended the game shortly thereafter.

An ambitious WC Panda on Udyr began game two invading GGA RoseThorn’s (Lillia) jungle -- and with great results. A strong start for Wildcard Gaming as another kill quickly followed, with a roam from WC Daption on Gragas laying the pain down on GGA Yunbee on Azir. Wildcard collected a Rift Herald at 8 minutes thanks to WC’s Qwacker on Renekton swooping over GGA with a double kill. A 5k lead for Wildcard at 12 minutes and 16 kills on the board -- this seemingly chaotic game was under complete control by Wildcard.

Four members of GGA had three deaths, while GGA top laner Tally had one. Everyone on GGA was getting involved in these messy team fights with massively unfavorable conditions, but they didn’t have a lot of choices considering the objectives at stake. Allowing Wildcard to take too many and snowball out of control was exactly what Golden Guardians Academy was afraid of, and that was exactly what happened. Wildcard collected all three of this game's drakes and boldly showed what a strong mental can do for a team, even after a difficult first game loss. Wildcard collected the W at a mind blowing, efficient 21 minutes for game two, leading us to an exciting game three.

Everyone was surprised to see Wildcard lose game three after they absolutely dominated Golden Guardians Academy in game two. Consistency is something amateur and academy teams seem to struggle with, whether this is the result of leaning too far into a positive mental after a win or simply a matter of mechanical gaps as a result of the draft, there are plenty of reasons for why a team doesn’t perform the same from game to game. We know Wildcard is competent -- their insanely efficient game two was proof of that -- but there can only be one winner.

Game three was a massive push-and-pull with GGA’s rotation proving to be superior as they gathered more drakes, rift heralds, barons, and turrets. Ultimately, Golden Guardians collected the win, moving on to the semi finals versus Evil Geniuses Prodigies.

Evil Geniuses Prodigies may have been whooped by their older brother Evil Geniuses Academy, but they came to this game refreshed, primed, and ready. At fifteen minutes, their endurance proved to be superior in the early game as they collected two drakes and map dominance. Unfortunately, Golden Guardians Academy must have been practicing their mid-to-late game transitions, because they took control of this game with such swiftness it left many folks scratching their heads. One explanation was GGA’s Prismal on Tristana being released from the lane phase and blowing up EGP’s entire back line in every team fight. Game one ended with GGA taking the Nexus with a whopping 28 kills to EGP’s 12 and 12k gold lead to boot.