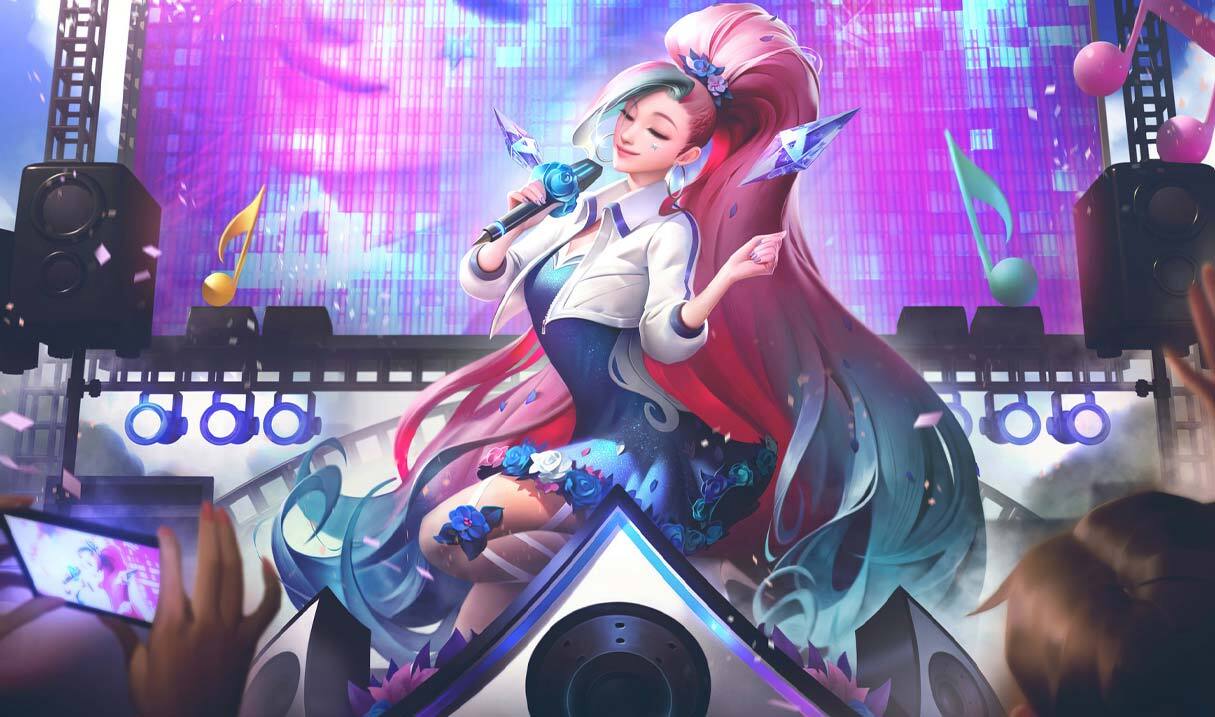 The standings remain nearly unchanged for Week 3 after a series of dynamic games with innovative picks like Lulu top and Seraphine/Bard bot. The official start for LCS Academy’s season and the Proving Grounds qualifier Spring Split was Wednesday, January 20th. We’ll recount Week 3, which took place February 3rd and 4th! Week 1 can be found here, and week 2 can be found here.

Week 3, Day 1, Game 2: EG maintained a steady lead during this game against 100T that snowballed into a commanding win. NA’s discomfort with off-meta picks is a thing of seasons past, with many innovative builds and comps debuting in LCS Academy this year. The double support bot from Evil Geniuses -- Mystiques on Bard and Shoryu on Seraphine -- was met with a lot of skepticism from casters and viewers alike. While 100T did justifiably focus EG’s late blooming bot lane, the crowd control and sustain outscaled 100T’s modest composition in Gragas, Udyr, Lucian, Senna, and Rell. During mid game, EG Shoryu on Seraphine had mind-blowing heal crits as high as 1000 and 800 in rapid succession. These proved to be indispensable in sustaining and eventually dominating every team fight during mid-late game, resulting in unyielding map control. Another notable performance was in EG’s mid player jojopyun on Zoe who had implicit target prioritization with their stuns, making extremely difficult for 100T’s composition to maintain a competitive damage threshold. Zoe bursting down and focusing perpetually on Senna or Lucian turned out to be 100T’s demise.

Week 3, Day 1, Game 5: TL remained undefeated for their 5th game of the season against formidable opponents, Immortals, fresh off the LCS stage from their time at the Lock-In.

An alarming surprise was bestowed upon TL’s Jenkins -- running a quirky top lane Lulu -- who used a flash/glitterlance combo to secure first blood. IMT’s top laner Topoon on Gnar attempted several forms of retaliation, but TL’s jungler Armao on Olaf seemed to be perfectly in sync with his top lane Lulu. One continually impressive performance this year is that of IMT’s support Joey. For this game he took on Rakan, but his roaming Alistar in Week 2 was menacing, and his Rakan play reflected the same. By mid game, the economy and objective leads gained by TL during early game became most apparent during team fights -- IMT executed a near perfect team fight mechanically in the river around 23 minutes, but had no stat leverage to close kills. TL piggybacked a Baron kill off of this river skirmish at 25 minutes and the Hand of Baron generously opened the map for TL to end the game.

Week 3, Day 2, Game 2: Despite a stronger core draft, Immortals fell to Cloud9. Immortals utilized their strong draft to bully an early gold lead with strong farm denial, but Cloud9’s early rotations and communication overcame the draft diff. Their superior rotations were most apparent during the Cloud Drake at 14 minutes, where a ruthlessly positioned Bullet Time from C9’s K1ng decimated IMT’s front AND back line. Immortals -- an Academy team known for their aggressive playstyle -- seemed to struggle with a positive mental for the remainder of the game, suffering multiple vision misplays and hemorrhaging picks in the jungle until C9 mercifully took their nexus.

Week 3, Day 2, Game 3: Amidst a bit of controversy, CLG’s Pobelter made a debut in Academy 2021 that he should be VERY proud of. Despite Pobelter’s consistent and impressive play, it wasn’t enough to carry CLG across the finish line and TSM emerged victorious.

CLG started strong with first blood from a strong gank top courtesy of CLG’s aforementioned mid Pobelter on Twisted Fate, with the kill going to CLG’s top laner Thien on Jayce. The crack in CLG’s armor began with TSM’s top laner Hauntzer (Gnar) swiftly punished CLG’s jungler Keel on Taliyah with a full Gnar bar turret dive. CLG’s Keel struggled to keep up for the remainder of the game with TSM showing their superior formation and positioning in the face of Taliyah’s map-dominant kit.

TSM began to push for Baron around 26 minutes, attempting to taunt CLG into an engagement until one massive blowout in mid lane gave TSM the edge to compound their trades in to a 27 minute Baron. TSM cleared CLG’s mid lane of their inhibitor, opening the map in their favor and taking a commanding lead in objectives, gold, and kills. TSM immediately followed up their mid siege with an aggressive bot siege, picking out CLG’s ADC Katsurii, quickly followed by CLG’s support Hooks. TSM left the carnage as a full team, not losing a single member in one of the season’s mostly stylist sieges. With Hand of Baron gone, TSM naturally lead ANOTHER siege, refusing to give CLG any time to process or recover. After a brief team fight in TSM’s favor on top of CLG’s nexus, TSM collected the pieces for all of their trouble.

One of the key aspects of this game was undoubtedly the draft. Allowing TL’s adc Yeon to nab his most played champion, Kai’sa, was a fatal error for FLY: Yeon ended the game 7/0/2. At the beginning of the game for ten agonizing minutes, TL and FLY remained perfectly matched in gold and objectives until a fight at Rift Herald let FLY to walk away with 3 kills and a 2k gold lead. A successful follow-up gank from FLY’s jungler Nxi (taking out TL’s mid laner Haeri on Orianna) let them to pop their herald and take mid turret: a fortuitous series of events for FLY that spanned a mere 60 seconds.

TL’s recovery began in the jungle over what looked like their Redemption Herald, distracting FLY from the uncontested number one Season 11 LCS threat: Orianna’s Shockwave. TL wasn’t able to secure the Herald, but settled for 4 kills that evened the kill count and gave them full map control for the remainder of the game. One of the most impressive plays was a Matrix-style dodge of Wild Cards from TL’s adc Yeon, narrowly escaping an execution from FLY’s mid laner Triple on Twisted Fate. Another impressive performance was in TL Yeon’s lane partner, Eyla, on Rell support, peeling and protecting Yeon at every possible opportunity, creating one of the most astronomical bot leads we’ve seen so far.