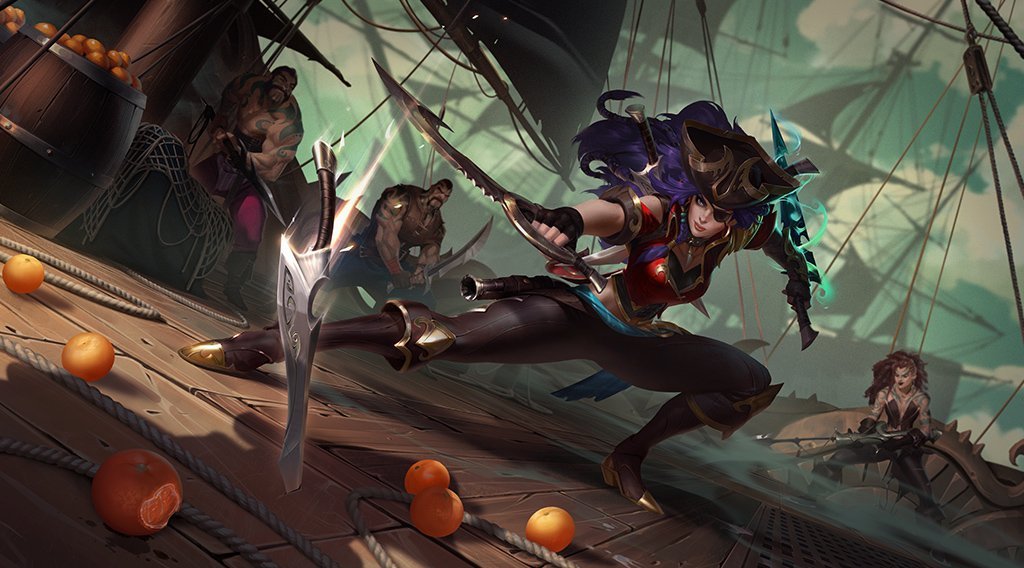 Battle for the Rift - Day 2 - Conquered

After an incredible first day of the Battle for the Rift, we came back for the Semifinals and Finals of the event!

We started with Natus Vincere vs Team Queso, both teams were hungry for their win in what would be a rematch of the Baron Fight Finals.

The teams matched up in an interesting way that produced exciting games. NAVI can run away with leads, they already showed that when given an inch they will take a mile. You can’t give them any sort of advantage. Meanwhile, Queso are more methodical in how they approach the game, doing things by the book.

The last time these teams faced, it was a 3-2 Victory for Queso. This was NAVI’s chance to get revenge.

Both teams drafted for fights in Game 1, with NAVI flexing a Galio to Support to allow for a Corki Mid. Queso went for large AoE Champions like Maphite, Diana, Braum, and Jarvan IV. It was clear their plan was to simply meet NAVI head on in fights and wombo-combo them.

That plan didn’t work out.

Queso went hard in the early game, getting amazing trades to start off their game, but it began to fall apart at the first Dragon.

A huge Corki Package simply held Queso back, as they stood in the chokepoint looking towards the River. Not only did this stop Queso’s advance, but it set up NAVI for a easy Ace; a 5-0 trade, plus Dragon, with a Triplekill going over the Garen’s Darius.

It didn’t stop there, attention soon rotated to the Top side, as NAVI made moves for the Rift Herald. Queso were there to contest, but they were more spectators as they watched the objective fall.

Simply, Queso didn’t want to commit. They had a teamfight composition that had the tools for instant initiation, but weren’t willing to pull the trigger. They were too hesitant as they searched for the perfect engage, and NAVI exploited that. Excoundrel put it eloquently, “press your buttons.”

One more Dragon fight essentially sealed the deal, a fight in which Diana was huge and the Ezreal showed his worth as the mobility kept him alive for so long. Another 4-0, with Ezreal making moves in the extended trades.

Game 2 saw some responsive drafting, as both Wukong and Diana were banned out; Champions that have been pivotal across the tournament so far, especially the previous game.

The Twisted Fate Ultimate caused trouble too, not only being able to respond to fights across the map but also to reveal Garen on Akali. Every time the Twilight Shroud was used in a fight, Destiny was used to stop Akali from hiding. It was small things like this that slowly tilted the game in Queso’s favour.

But, one fight ended it all. Everything was thrown at Mumu’s Jinx, but a Flash secured her safety before she rained havoc across the opposing team. The resets came, Jinx got excited, and a Quadrakill was her reward.

As simple as that, Natus Vincere closed the series and took their place in the Finals.

We then went over to Game-Lord vs Tribe Gaming, in the first and only Best of 3 series that went to three games.

Both teams feature intelligent players, and each lane was a super close matchup. This explosiveness was shown in Game 1.

Taking a draft that centred around Yasuo, with a Wukong to provide knock-ups and both Janna and Sona to buff him up and keep him alive, Game-Lord had drafted a composition with clear win conditions; and it showed less than 5 minutes into the game where a Dragon fight turned into a quick and decisive fight for Game-Lord.

While Doom was putting on a stellar performance on Lee Sin, and L3oN was certainly trying to make things work on Fiora, the fact that Game-Lord were so far ahead with such an easy to execute composition and snowballing Champions made it impossible for Tribe to find an avenue back.

Game 2 saw the teams run it back with similar compositions, L3oN was back on the Fiora with a little more success as Tribe Gaming played around it.

With a Galio for the global presence and the Rengar hiding in the shadows, L3oN’s Fiora worked like a charm as it split-pushed through the game.

An early skirmish on the top side of the map gave Tribe a 3-1 trade before the clock had even hit 2 minutes, with a 1k Gold lead to suit.

Game-Lord still matched, and it remained a close game, but Tribe could simply answer everything which was thrown at them. With Fiora and Rengar slowly getting fed, the sidelane pressure was immense and Tribe were slowly taking every objective they wanted.

With such a lead across the map, all it took was Baron to allow Tribe to close out the game and equal the series. With Doom using his Rengar Ultimate to threaten Game-Lord and zone them away from the Baron Pit, it was an easy objective to take and a quick end to the game.

Everything came down the Game 3, the first one we’d seen all tournament. Both teams wanted the Finals spot, and you could see the hunger in their plays.

Doom was once again allowed the Rengar, but this time switched up the tactics and focused on his Dragon Lane. Due to Rengar's quick clear speeds, he was able to hit Level 5, recall, and gank the Dragon Lane in less than 3 minutes; gaining First Blood with a fade-away Bola.

Game-Lord continued to find fights, and a skirmish around the Rift Herald saw Snitch whiff an Ultimate, but with a snowballing Rengar with Braum and Seraphine disengaging fights constantly, it was impossible for Game-Lord to find the fights they wanted.

By 10 minutes, Tribe were 10-1 on Kills and over 10k Gold ahead. A fed Rengar and Fiora meant that Tribe Gaming could dominate the side lanes, claiming Baron by 13 minutes, finishing the game at 14 minutes.

This was an incredible series, and just showed the potential of the Game-Lord roster.

But, obviously, eyes turned to the Finals. A Best of 5 series between Natus Vincere and Tribe Gaming.

These teams had met in 3 events previously, with a record of 6-2 in NAVI’s favour; but it is worth noting that their most recent clash went 2-1 in Tribe’s favour. NAVI were looking to claim their first tournament win, while Tribe were hoping to continue their winning run against their opponents.

Game 1 drafted in a similar way to as we’d seen previously, with global presence being Tribe's aim of the game. Taking Galio and Pantheon with their long range Ultimates, and the latter being buffed recently, and pairing it with an Evelynn which can shadow the side lanes like a Rengar can.

Tribe instantly hit the ground running, with Snitch able to find successful 1v1’s on the Galio, and it felt like Tribe Gaming had control of the game. But a messy fight around Dragon soon turned it on its head, and NAVI got the fight win and the Dragon.

The game soon turned into a case of who could carry harder, Mumu on Corki or Snitch on Galio. It was the former, with a 10 minute Pentakill going over to Mumu, setting NAVI up for a 12 minute win.

There was blood in the water, and Game 2 started with as much action at the previous game ended.

Doom was back on the Rengar, but Mumu had the Kai’Sa, and both of them made moves in the early game to show their power on the respective Champions.

An early gank in the Baron Lane came from Doom, after skipping Scuttle and not touching his Blue-side Jungle, giving Tribe First Blood at just 1:20 into the game. But, as the Rengar returned to the bottom side of the map, NAVI found a fight and everyone collapsed. Just one minute after the First Blood in the Baron Lane, Mumu found himself with a Triplekill; although it could have been a Quadrakill if Ghost hadn’t taken the last hit.

There was a lot of luck involved, with players making it out of fights with a non-existent health bar, but NAVI found themselves 7-1 on Kills before the first Dragon had even spawned; and Mumu’s Kai’Sa had 100% Kill Participation.

With the lead, and a little confidence, Mumu and Juzi were happy to Tower Dive in a 2v2, quickly becoming a 2v3 with the Twisted Fate’s arrival, coming out of it with nearly three kills; Mumu falling after an Exploding Casket just pushed him back into Tower range.

Before 7 minutes, Mumu was 9/1/3, but even with this dominating lead, Natus Vincere played the game slow and methodically. They ticked off the steps, and it took two Barons before they finished the game.

It was a dominant game from Natus Vincere, but a controlled game too, finishing at 17:30 with a 23-8 scoreline.

Game 3 became do or die for Tribe Gaming, one more loss and they were handing the first place spot to Natus Vincere. Banning both Wukong and Kai’Sa showed they were here to do business, but it didn’t affect Mumu’s confidence.

With their life on the line, Tribe hit first, getting First Blood at just 10 seconds into the game; a sneaky invade catching Juzi out. They got the second kill of the game too, when a fight over the Dragon-side Scuttle didn’t go in NAVI’s favour and nearly gave Doom’s Rengar a Doublekill.

As the lead went in their favour, Tribe were able to use the global presence of Pantheon and Galio, with the Rengar, more effectively. It is a draft they had tried before, but now they had the position to actually use it.

Tribe held dominance, and although NAVI fought for advantages and stayed proactive, they were always held at arms length with trades left, right, and centre. Mumu perhaps was playing a little too aggressively, a little too confidently for the position the team was in, and it was being punished as Tribe attacked the Dragon Lane repeatedly.

It wasn’t until the second Dragon that it felt like NAVI had a presence in the game, with a huge Ultimate from Diana that snowballed into a 4-1 trade in Natus Vincere’s favour.

With NAVI back in the game, the fights got ever closer. It was simply that the Ezreal could survive long enough, with his mobility and the peel offered by his team, that allowed Mumu to mop up after the fights; ending each in NAVI’s favour.

The game soon turned to desperation for Tribe Gaming, as they looked to find a way to get back into the game and keep their hopes alive, but they had lost control and were falling further behind.

Natus Vincere turned to Baron to round out the game, and Tribe sent out multiple steal attempts that just turned into free kills for NAVI. Within minutes, NAVI were knocking on the door, and pushed for the end at just under 16 minutes.

As the Nexus fell, Natus Vincere were named the champions of the Battle for the Rift!

It should be said that every team that took part should be proud of their achievements. These eight teams are deemed the best in the region, and they showed that this weekend. This is just one tournament, and their past accolades should not be dismissed due to their performance over the past couple of days.

The Battle for the Rift has shown that Europe has talent, and the region is a force to be feared as we look to the World Championship this Summer!

A huge thank you to our casters and host, Jason Kaplan, Maxman30, and Excoundrel. Not forgetting all the people behind the scenes, like Selenityy, who organised it all, and the production crew that brought the games to our screens!

Once more, congratulations to Natus Vincere on finally lifting a trophy! Well deserved!

This is just the first of Giant Slayer’s Wild Rift events, so keep an eye out for more content coming soon!