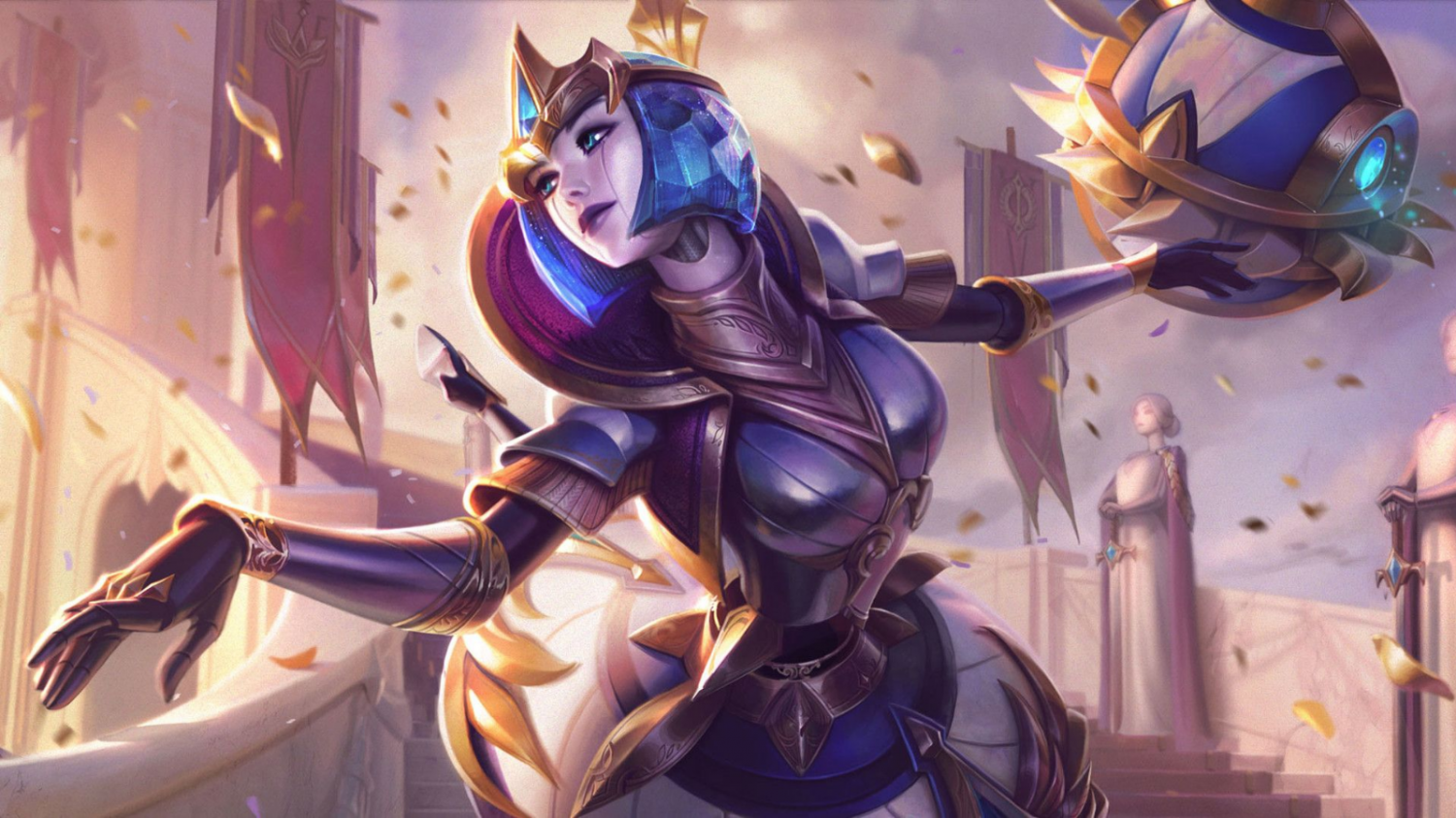 With the Nerd Street Gamers’ Power Play behind us, we’re on the verge of the LCS Proving Grounds! The last three places went over to CLG Academy, Barrage, and Dignitas Mirage; with Winthrop University just falling short again.

No Org #7 | Zoos Gaming #8 | TSM Academy #9
These three teams qualified from the first Tier 1 Tournament, finishing in the top four of the Unified Esports Association’s Grand Prix. The fourth team was SolaFide, who disbanded and allowed for a third qualification spot in the later Last Chance Qualifier.

The bracket will have a Losers' Bracket and features Best of 3’s for the first couple of rounds. While some of our lower teams might have tough times as they’re playing against the higher seedings in their first match, the most interesting matchup in my eyes is the No Org vs Golden Guardians Academy. The last time these teams met was in the Tier 2 Tournament, where No Org knocked GG.A out in the Quarterfinals. No Org were the dominant team and come into the Proving Grounds as the best Amateur team, but Golden Guardians Academy has recently put on a strong performance. How they looked in Tier 1 is a stark contrast to their Tier 2 appearance. This will be a close matchup, the winner will then likely go on to face Team Liquid Academy, who are the second seed coming from Academy. These games will be real tests for No Org, and while a Losers’ Bracket gives a safety net they’ll still be looking for wins to get them the easier path to the Finals.

The games are due to start at 6 pm EDT, so make sure you don't miss them!

The Proving Grounds is a time for Amateur players to prove themselves, show that they deserve attention, and a spot on an LCS or Academy roster. Recently, Mobalytics partnered with Riot and have provided stats across the Proving Grounds Circuit, and as we go into the Proving Grounds I thought it would be a good time to look at the Top Prospects; so here are the top five up-and-coming players according to Mobalytics' data.

'The Top Prospects are the up-and-coming players with the greatest potential for growth into the LCS and Academy stars of tomorrow. Rankings have been sourced and synthesized from a variety of experts in the NA Amateur scene, including coaches, analysts, and casters'.

5fire | No Org | Midlane
No Org’s Midlaner has been a name on everyone’s minds for the entirety of the Proving Grounds Circuit. With an incredible history, coming into these events with a strong roster around him, there is no doubt that he would shine.

Over the course of the Proving Grounds Circuit, 5fire has played twenty Champions; not afraid to get his feet wet in the Champion pool. Where he shines, however, seems to edge more into map control. Sure, his Zoe isn’t something to be sniffed at, and his Orianna and Azir aren’t something to be ashamed about, but the Twisted Fate is where it is at; at least statistically.

Eight games on Twisted Fate, with 100% ratio. While the Card Master might be universally strong, especially in the hands of coordinated teams, going lossless on his most played Champion isn’t something to be overlooked. Pair this with a strong 'Vision' scoring and 'Objective Control', it is clear that 5fire plays the map, and for his team.

Statistically, 5fire shines in ‘Consistency’, which is said to be a ‘crucial (skill) for achieving steady growth as a player.’ 5fire is scored at 100%, which will likely be weighted to his strong farming and vision statistics which also affect this rating. On top of that is overall performance, and 5fire has put on, simply, a strong performance.

Having played with, and against, some of the best that Amateur has to offer. 5fire is at the top of the prospects list, and for good reason. If I was to expect anybody to be picked up, it would be him.

Being only 17 years old, this gives me throwbacks to Rekkles who wasn’t able to play with Fnatic in the EU LCS due to his young age.

Look at Shiro’s history and you can only see strong performances. In the past ten events, Shiro and the Prodigies have only not taken a top-three spot in three of them.

Shiro specifically has incredible statistics, only falling short when it comes to ‘Aggression’ and ‘Fighting’. However, these lower stats get trumped by the Pentakill Shiro got in the Giant Slayer Spring Gauntlet; a 10/0/6 performance on Samira. Need I say more?

Shiro has had pop-off performances, and under Evil Geniuses’ wing can develop to the LCS stage with ease. I guess you could say Shiro is a prodigy.

Fanatiik | Barrage.NA | Jungler
Fanatiik has already spent time on Academy teams, including a year on FlyQuest Academy, and is now fighting to prove he deserves a spot there once more.

Statistically, he might not seem to be a shining light. A Jungler with relatively low ‘Aggression’ and ‘Objectives’ stats, as well as low ratings when it comes to ‘Fighting’ and ‘Versatility’, might not seem to be the strongest. Well to that I say Skarner. Having only played five games on the scorpion, Fanatiik has a 100% win rate and a 15.8 KDA on him.

Overall, Fanatiik has a 71% Kill Participation, as well as a 48% First Blood rate; with just 2.5 deaths on average per game. These Key Stats seem to speak more highly of Fanatiik than the GPI ratings. Regardless, being the top Jungler in Top Prospects speaks for itself. Even though I believe Fanatiik performs well as it is, he is still seen as having the potential to grow further and will likely find his way onto an Academy team at least.

Value | No Org | Botlane
Value is another with a storied history, drafted by Team Liquid in the 2017 Scouting Grounds, played in the OPL, qualified for 2019 Scouting Grounds but was deemed ineligible due to playing in the OPL.

Value has been vying for an LCS spot for years, and he has more than proven himself this year. Playing with a star-studded team of No Org, I’d argue that Value’s history adds more, erm, value to his claim to LCS or Academy spots. I would argue that the Botlaner would have already found himself on a roster if he wasn’t held back from the 2019 Scouting Grounds.

14-3 on Kai’Sa and 100% win rate on Senna, these are the types of things that are celebrated at a professional level. 2.1 deaths per game average, and a 60% Kill Participation? Not something to be ignored either.

Most importantly, for me, is that Value’s GPI chart is one of the best and well-rounded. His ‘Vision’ is the lowest, but let's be honest, that’s not his job when he’s playing Marksmen, and it is not dangerously low. Value matches 5fire when it comes to ‘Consistency’, but also has strong ‘Versatility’, ‘Farming’, and ‘Aggression’. While Shiro is placed higher on the Top Prospects list, Value’s ratings suggest that the players should switch; or that they’re rated closer than what you’d think.

In a similar case to Shiro, Tomio plays for Evil Geniuses Prodigies, and being on an Amateur team for an LCS org clearly shows intent to develop him; he has already caught their eye. While this Jungler might not be standout when it comes to stats, his team has been at the top of this circuit, and that level of performance can’t be argued with.

What is perhaps most important is the ‘Versatility’, the ability to perform well no matter the game state. Especially for a Jungler, being able to find avenues to get advantages or objectives when the game isn’t going their way deserves praise. This stat basically says that Tomio plays well in every phase of the game, win or loss, and can react, adapt, and adjust; attributes that strong professional players need to have.

Honorable mentions go out to APA, Darkwings, TeamLuke, Doxa, and Meech who also make the top ten of Top Prospects. Apart from APA, these players come from some of the lower teams which reinforces how good they are. You don’t need to be on a top team to be recognized as a strong player with potential, which is what the Proving Grounds is all about.