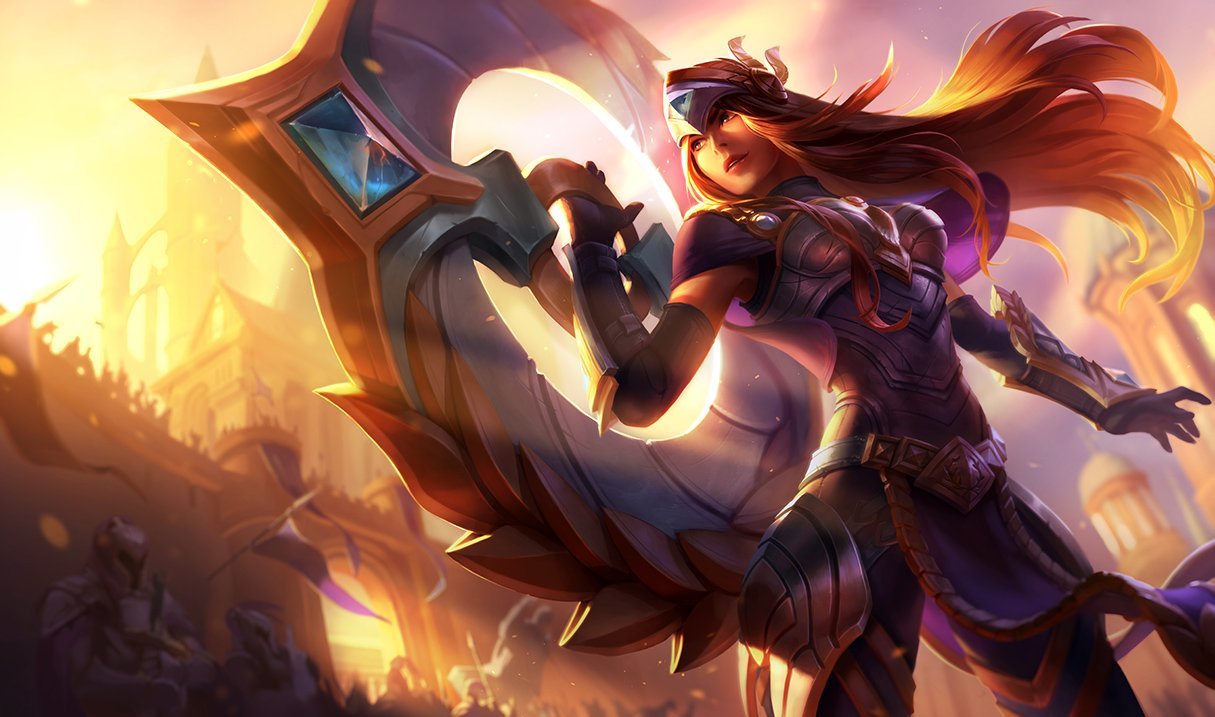 We’re time hopping, in the last article we looked at the past and how the teams gained their Proving Grounds Qualification Points, now we’re looking at the recent Challengers Uprising results and ahead to the future. I am also asking whether the Academy teams will provide a challenge in the Tier 1 Tournaments, or will they just be a road bump for the Amateur teams to overcome on their way to the Proving Grounds?

No Org (aka ANEW Esports) and SolaFide advanced into the Challengers Uprising playoffs as top seeds, after going 3-0 in the Swiss Stage. No Org has made a statement, with 2-0’s over seemingly equal teams in Barrage.NA and Evil Geniuses Prodigies, as well as 100X. On top of their win record, No Org’s domination goes further. So far, they all sit as the top five KDA’s at CUP. Even their support, Big, has a higher KDA than all other players from the other teams. They have some of the highest CS per Minute and Gold per Minute stats too. Their wins haven’t just been 2-0’s, but complete domination.

Then the next set of teams secured themselves a playoffs spot with a 3-1 record. Evil Geniuses Prodigies beat Golden Guardians Academy in a 2-0, whilst SuperNova beat Zoos Esports (ex-ANEW Blaze) to join them and Barrage.NA in a tied 3rd spot.

On the other side of things, we saw Bay State College drop out after a loss to 100X, while Mirage Esports also dropped out after a loss to Cloud9 Amateur. Both these teams struggled with a 0-3 record. This means that Bay State College is at a total of 60 Qualification Points, currently tied in 14th place based on projections on other teams' point gains. They are now out of the Proving Grounds Circuit.

Mirage Esports still has a chance, however. Currently sitting tied 12th with 80 Qualification Points. If Redemption Arc makes semi-finals here at CUP, they will gain enough points to climb the rankings and push Mirage out. As it stands, there is a 12th place tie between Redemption, Mirage, and 100X. We don’t know how tiebreakers will be sorted.

The next set of losses came from Maryville University falling to Wildcard Gaming, and Winthrop getting a 2-0 over Cloud9 Amateur. Fortunately, they have gained enough Qualification Points for them to not be at risk of missing out on the T1 Tournaments. 100X were also knocked out, after their loss to Revival, we talked earlier about the tied position they now found themselves in.

In the final round last night, Wildcard, Winthrop, and Revival were all knocked out too. Again, these teams have enough points to continue their run in the Proving Grounds Circuit.

Challengers Uprising had some of the best teams we’ve seen in the Tier 2 Tournaments and the bracket was super competitive. It is a shame to bid goodbye to the teams that won't progress further. But they have shown their strength, and should be proud of their performance. Hopefully they've made enough of a statement to catch your attention.

Whilst they’re not exactly a top tier team, they’re still an Academy team that we can test our Amateur teams against. Within the Academy scene, Golden Guardians Academy are tied 8th, with a win against Dignitas Academy (5th) and Evil Geniuses Academy (10th). You can read Kari’s coverage of the Academy games here, but it seems like GGA need time to grow; which may have been a factor behind their decision to join a T2 Tournament?

They may not be the strongest team, but they have seemingly put up fights against some of the top Academy teams; leading to the idea that maybe a good performance against GGA will likely put teams in good stead to face the other Academy teams when they appear down the line.

Golden Guardians Academy haven’t had the cleanest of times in their CUP run, dropping games to Mirage and Maryville, and also taking a dominating 0-2 loss from SolaFide and from Evil Geniuses Prodigies. Whilst they may have made it to CUP’s playoffs, they have a 50% win rate; the same win rate as Wildcard Gaming who found themselves knocked out.

Whilst states of the games may vary, the fact that an Academy team hasn’t exactly ran away with the wins gives high hopes for the Amateur teams here. Even just from a confidence perspective, being able to beat an LCS Academy team will boost your ego.

I realize it may be unfair to set expectations just because they are an Academy team, but you do expect a certain level of performance from an LCS Academy team. Academy teams may be seen as developmental, but it seems to be a statement if Amateur teams can take them down so easily.

Unified Esports Association and beyond

In my last article, there was a lot of projections and expectations on which teams will make it to T1 Tournaments. This time, we know for certain eleven of the twelve teams that are locked in; we’re just waiting on Redemption Arc and any tiebreakers for that twelfth spot.

The positions of the teams can still change, but we know that the following teams are locked in for T1 Tournaments:

But which Academy teams will be joining them?

Academy still has one more night of games on the 17th February, which may create tie breaks and movement around the 7th place spot, but we can still work on the current standings.

Currently in 7th place is TSM Academy, who will face 5th place Dignitas Academy. If TSM win, then they’d tie with Dignitas at 4-5. So far, TSM has found their only wins against the teams that are lower than them, last week losing to 6th place Immortals Academy. Whilst they may be placed higher than Golden Guardians, are they necessarily stronger?

In 8th place is Counter Logic Gaming Academy. Whilst they sit lower than TSM, one of their two wins was against the 2nd place Cloud9 Academy. This was found early in the season, so is it a sign that they can find wins against unprepared teams or in the chaos that early season can bring?

Provided that TSM Academy and CLG Academy remain in their current spots, they will go on to join the first T1 Tournament with the top ten Amateur teams; in the Unified Esports Association event. Can these Academy teams bring a challenge? Or will they be stomped over by the top Amateur teams?

I expect the top 4 Amateur teams to have no problems with these new challengers, but we’ll find out next week!

Currently in a tied 8th place with CLG is Golden Guardians Academy. In the Academy scene, they’ve only found wins against last place Evil Geniuses Academy and Dignitas Academy. They have one more game against 100 Thieves Academy, which I’d expect them to lose, meaning they’re likely to go into T1’s as a 9th place seed.
Golden Guardians have been able to find wins in CUP, including against Maryville who powered their way in, but they haven’t had clean and dominant wins; 2-1’s against Maryville and Mirage means they have a lot of work to do if they want to make it past the T1 Tournaments. However, with 4 teams moving on from the first T1 Tournament, GGA could find themselves dodging some of the major competition when they join the second T1 Tournament. Their time in CUP also means they’ve had time to play against the teams, potentially giving them an edge over the other Academy teams as they’re more prepared for the new set of teams.

Joining them in the second T1 Tournament will be Evil Geniuses Academy. Another weird one, as they sit low on the table with a 2-6 record, but having beaten one of the top teams in 100T Academy.

Most of my expectations are based on Golden Guardians performance in CUP, and then how the other Academy teams shape up around GGA. Is that unfair? Probably. Based on Kari’s reporting so far, the Academy teams all show strengths and talent in some way. Is it just that the top Academy teams are really good, as opposed to the bottom teams being bad? Can the teams bring the same performances from the Academy scene and have it work against the Amateur teams? Looking from the outside in, it definitely seems like the lower Academy teams will provide little challenge to the top Amateur teams.

Whilst it is easy to look at it all negatively, we should go into this all positively. If our Amateur teams beat the Academy teams, it would be a showing of strength and talent from the Amateur scene, rather than the Academy teams being weak. This is proof that there is a untapped pool of gifted players, and hopefully it’ll give a reason for people to start paying more attention to the Amateur scene. Giving validation to all the Amateur teams, as they fight to reach the top. I genuinely believe that the 10 teams moving from T1 to Proving Grounds could all be Amateur teams.

Cubby has been part of the On-Air Talent for Risen and CUP, and will also be going on to work on UEA; he was also involved in the 100X announcement. On top of that, he is also one of the hosts of the Proving Grounds Pod! Cubby possesses so much knowledge and passion, it is genuinely inspiring, and I will take anything he says as gospel.

So I had a quick check in with him regarding Golden Guardians Academy’s performance, and how he thinks the Amateur teams will match up against Academy teams. His response was simple:

"I strongly believe that the top 4 teams in Amateur can challenge every Academy team, and that No Org would be a top tier Academy team."

He also seems to align with my thoughts on Golden Guardians Academy needing more time to grow and get more experience under their belts; “This is Rosethorn and Yunbee’s second year of playing competitively seriously really, so they lack a lot of experience”.

With No Org facing Golden Guardians Academy in CUP’s quarterfinals, we could be bidding the Academy team farewell tonight; games from 8pm EST. On the other side of the bracket, we have Barrage.NA vs Zoos Esports, both of which have shown to be strong teams, meaning the loser will be dropping out sooner than maybe expected.

As we continue to see our teams grow and show their strengths, it is getting ever more exciting to see how they'll match up against the Academy teams. I simply cannot wait for the Tier 1 Tournaments to begin!