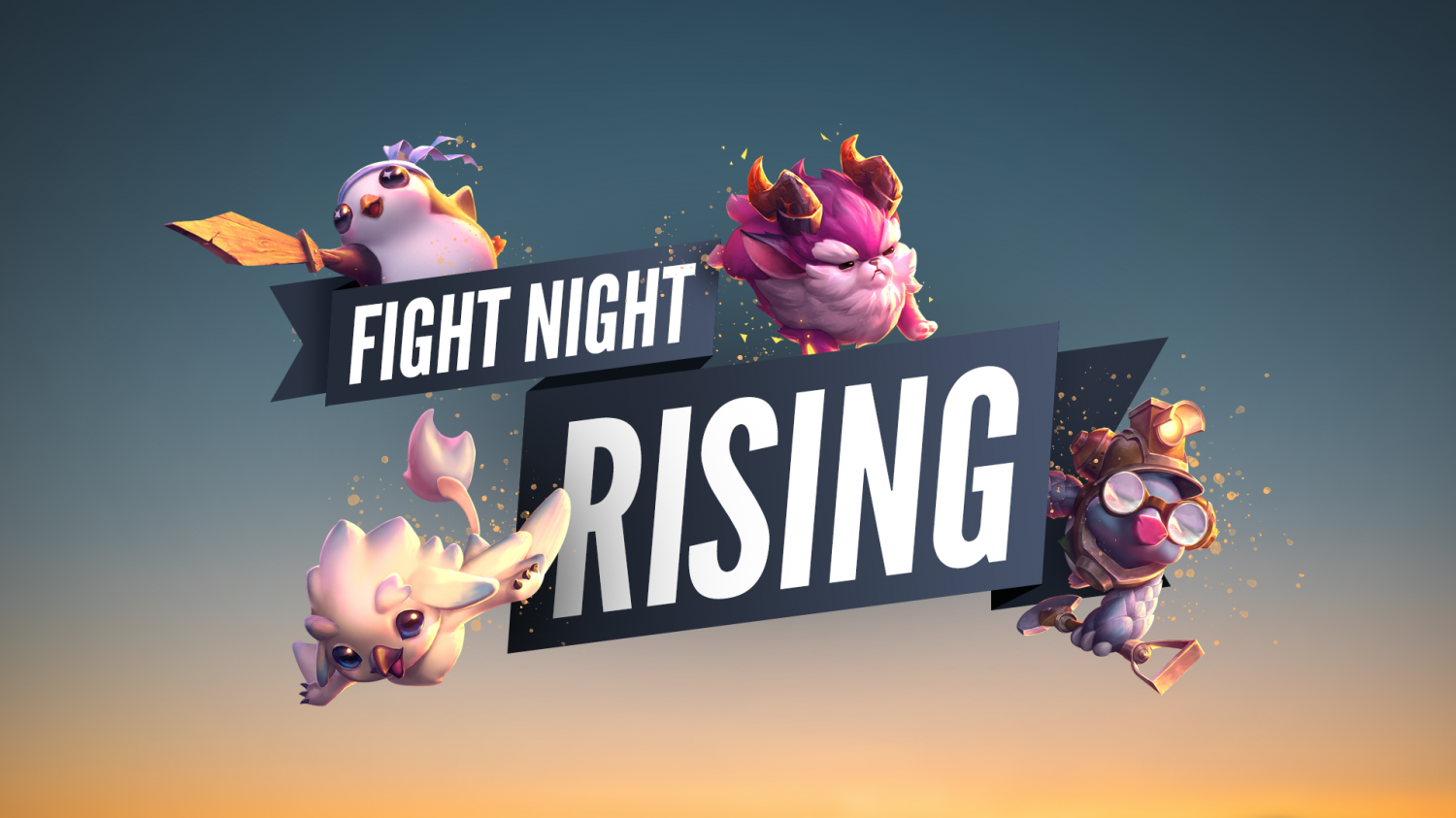 In stark contrast to last week’s NA Fates Qualifier 4, Kayle did not break into the Top 3 in a single game. The Top 4 was made up of mainly Slayer, Sivir, and Brawler comps. Kstan managed to claim 2nd place in Game 3 playing a 3-star Kalista with an Enlightened comp.

In his Fight Night debut, ACommonQuail won the tournament using a different comp in every game. He snatched two wins with Sivir and a Slayer comp but had mediocre finishes with Keeper and Warlord comps.

Nostereleven played Slayer comps in three of his four games, but his win with a Keeper comp in Game 4 secured him second place.

Zan Syed played Kayle in three of his games, but only managed to crack the Top 4 at best. His big break came in Game 3 when he won with a stacked 8 Brawler comp. The victory resulted in him winning a 3-way tie for third and secured his spot in next week’s tournament.

SharpeyX's Brawlers dominated in the early game but started to fall off against the two Slayer comps. Noster played Slayers with Vanguards, itemizing both his Tryndamere and Olaf.

Quail was healthy enough to hit 9 and supplement his Slayers with strong 5-cost units including 2-star Samira, Yone, and Lee Sin. Quail also had an early Ornn that was able to craft three Artifacts.

Quail took the final round, beating Noster, while Noster’s Ghost took out the Brawler comp and secured a 2nd.

Quail had 7 Sivirs and a Neeko’s Help. With only one Sivir off of a 3-star, he rolled more than 60 gold in four rounds but the Slippery Sivir eluded him each time.

Sitting at the bottom of the lobby with 6 HP remaining, he was able to find the final Sivir. What followed was an intense 7 minutes of dodging Aatrox Chains.

Sivir did not have any defensive items, so she was typically positioned at the back center of the board with Teemo and Zilean on each corner as Aatrox bait. Quail was eventually able to 2-star his Samira which helped him secure victory against the two remaining Slayer comps.

Zan Syed played early Brawler + Fortune. He was able to cash out on a 7 loss streak and his payout included a Sett and a pair of Neeko's Help.

Sett, Mage Swain, and Shyvana 3-star carried him to victory. At one point, the three remaining players all had less than 4 HP, but the Brawlers proved to be too tanky for both the Mage Olaf and Kalista comps.

Game 4 came down to Noster’s Keeper Comp vs oolongteaforme’s Dragonsoul Slayer Mage comp. In their first battle, Olaf was able to take out Xayah, bringing both players to single-digit HP.

But in the final round, Noster was able to position his Xayah directly in front of Olaf and take him out. Oolong's Sett was unable to finish his pushups and without his pure damage, his slam was not enough to take out the Elderwood Keeper pair and he himself was felled.

Based on Kayle's previous tournament performance, we were surprised to see her do poorly. Even though there was an average of two Kayle players per game, she was not able to break into the Top 3 throughout the entire tournament. She seems to be performing well in the NA Fates Regional Finals though.

Slayer comps grabbed half of the Top 2 finishes (4 out of 8). Three of the four Brawler comps played managed to reach Top 4, giving Brawler comps a 75% Top 4 rate today. Enlightened was uncontested and had an average placement of 3rd in the two games that it was played, while a Fabled comp got an unfortunate 7th in Game 1 and was never seen again.

The meta seems to be in a healthy state with a wide variety of playable comps. Slayer, Sivir, and Brawler comps are all pretty solid. We'll catch you again next week!