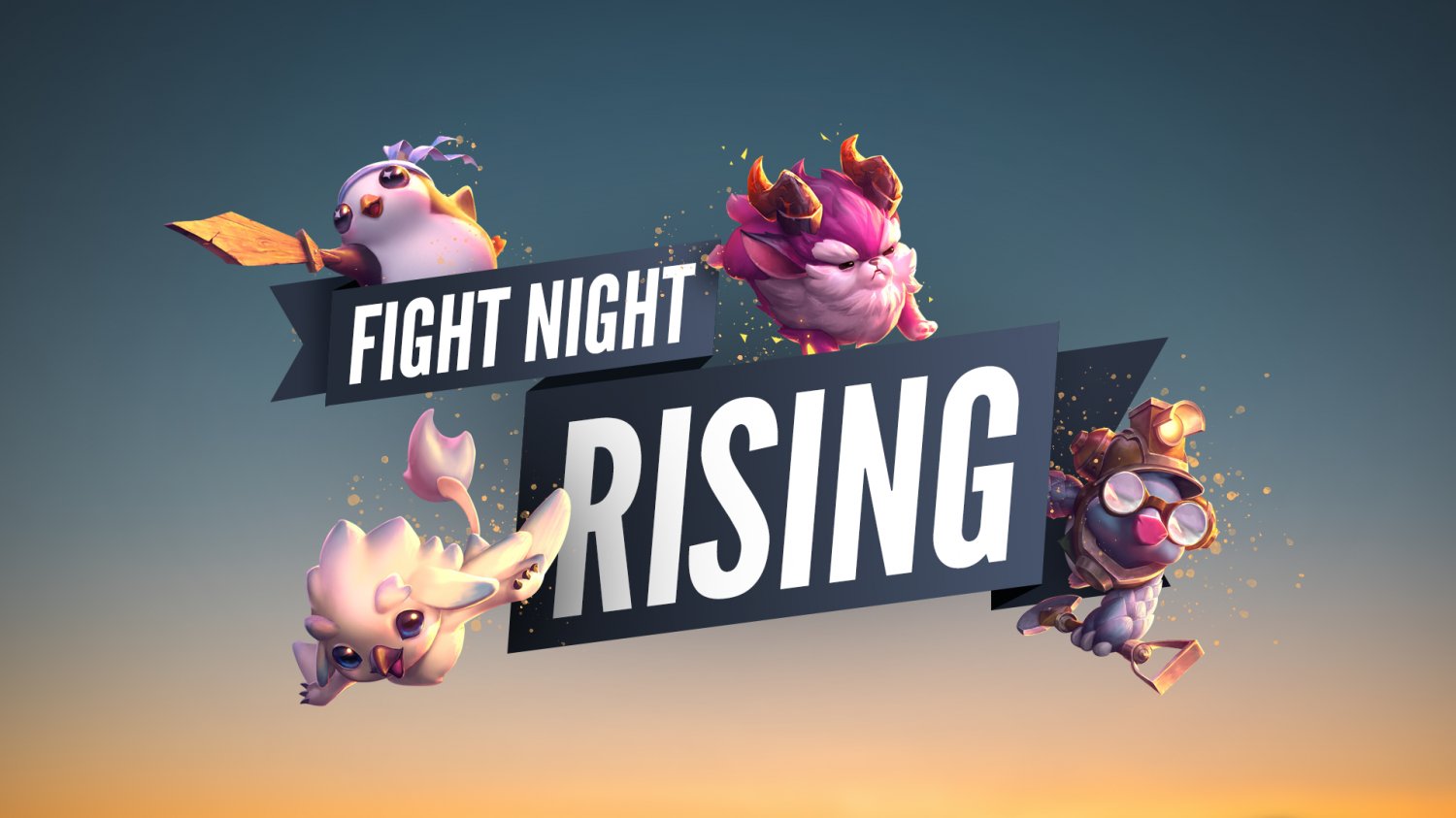 This is it folks, the final patch of Set 4.5! The next set is almost upon us and it looks very promising!

This week’s competitors included the #1 ranked player on EUW and other Challengers from around the globe. But they couldn't take down Nostereleven who again extended his hot streak to four consecutive wins on Fight Night! And he did it without winning a single game. Let's check them out!

EUW Rank #1 AL3XEM cruised through Game 1 with a Legendary Slayer comp, nearly three-starring his Samira for extra style points. He started off with a Chosen Cultist and played a strong 6-Cultist board splashing in Slayer and Duelist with Tryndamere and Darius before transitioning into an Adept Slayer comp. He managed to find a two-star Samira without having to roll much and played without a Chosen for the entirety of level 8.

Joining him in the Top 3 were SlinkMonsta’s Keepers and Noster’s Fabled comp. Noster was two copies shy of a three-star Neeko and Alex’s pair of itemized Samiras combined a two-star Yone made quick work of the Fabled friends.

SlinkMonsta’s Keeper comp met a similar fate and Alex took Game 1 in convincing fashion. Alex had a very strong start but unfortunately would not be seen again in the Top 4 for the rest of the tournament.

intc started out with a Cultist Chosen before finding a Chosen Fabled Neeko at level 7. He was torn between Mage and Fabled since he had already slammed a Mage Spatula, but finding the Chosen Neeko led him to go for the Fabled comp.

As fate would have it, there was an unclaimed Swain with a Mage Spatula on the carousel, and intc snatched it up, adding in Aurelion Sol for both the Mage and Dragonsoul synergies. Interestingly, since his Neeko was a Fabled Chosen, he opted to not play Nautilus and instead fielded a second Cho’Gath for additional crowd control.

When it came down to the Top 3, the three remaining players all sat at single-digit HP. Noster’s Keepers and Ciulla’s 8-Brawler comp had been leading for most of the game, but intc was able to find his two-star Swain right before the final round.

In the grand finale, Ciulla’s two-star Sett nearly won the game but Neeko was able to get off her cast before the injured Sett got his hands on her, and the ensuing explosion took out the Sett before the slam could land. At the same time, Noster lost to Ciulla’s ghost, giving intc the win in Game 2.

SlinkMonsta grabbed an early Chosen Vladamir and found an early Tryndamere at level 5 (he wouldn't see another Tryndamere until level 9). At level 7 he swapped out his Vladamir for a Chosen Kindred before finally settling on a Chosen Slayer Olaf at level 8.

His team dominated most of the mid-game but had its 7-round win streak snapped by KyuubiKnight’s three-star Kalista; Kyuubi would go on to place third.

Noster ended Game 3 in second place, with his Keeper comp nearly taking out SlinkMonsta. But SlinkMonsta survived on 1 HP and was able to find the crucial Tryndamere copy to keep the 6-Slayer synergy active while transferring its items over to his two-star Samira. And Samira and Olaf managed to overpower Noster’s Keepers and net a win for SlinkMonsta in Game 3.

Our final game of the day saw two Enlightened comps in the Top 4, but in the end, KyuubiKnight’s Swain was too much for Team Talon to handle.

Kyuubi spent most of the early game at the bottom of the lobby but managed to cash out of Fortune and find a Chosen Aurelion Sol. He found a Swain at level 8 but chose not to instantly two-star it with his Fortune-found double Neeko’s Help.

He was one off of a three-star Aurelion Sol, but after failing to find the final copy, he cut his losses and decided to two-star his Swain.

Noster’s comp was a hodgepodge of synergies but its main stars were the two-star Sett and Lee Sin. He had previously beaten Kyuubi in their last matchup, but the second time around, the upgraded Dragonsouls were too much for Sett to handle.

At the same time, Stovio’s Enlightened comp had taken out its slightly weaker twin, leaving only the mighty Dragonsoul Mages in the way of victory!

Unfortunately, for him, the 6-Dragonsoul comp had too much HP in the form of a Warmogs two-star Swain and Kyuubi took the Enlightened comp down in two rounds. Even with the recent nerfs to Swain, he still managed to carry Kyuubi to a Game 4 victory (even without a Mage Spatula)!

Nostereleven wins his Fourth Fight Night in a row!

Two second-place finishes with Keepers kept Noster's tournament winning streak alive. He ended with six points more than our silver medalist, but only a single point separated the second, third, and fourth places.

intc's Fabled comp win helped him sneak into the Top 2. His two Slayer games didn’t go too well, but he managed to Top 4 with an Enlightened comp.

Stovio slinked his way into third place overall. Like Noster, he did not win a single game, but a fourth-place average was enough to earn him a seat in next week’s tournament.

Given the increased chance for Lantern drops, we expected to see more three-star champions in the Top 4. However, there were only four three-star units throughout the entire tournament (Neeko, Kalista, Shyvana, and Nunu) and not a single three-star 4-cost.

No single comp truly dominated today, but Slayers, Keepers, Fabled, Enlightened, and Dragonsoul Mage comps stood out above the rest. Other comps like Brawler, Kalista, and even Kayle managed to Top 4 as well.

Next week’s tournament will be the last Fight Night of Set 4.5. Can Noster hang on to his crown for yet another week and end Set 4.5 as the reigning champion, or will someone finally dethrone the most dominant Fight Night competitor of Set 4.5? We shall see.