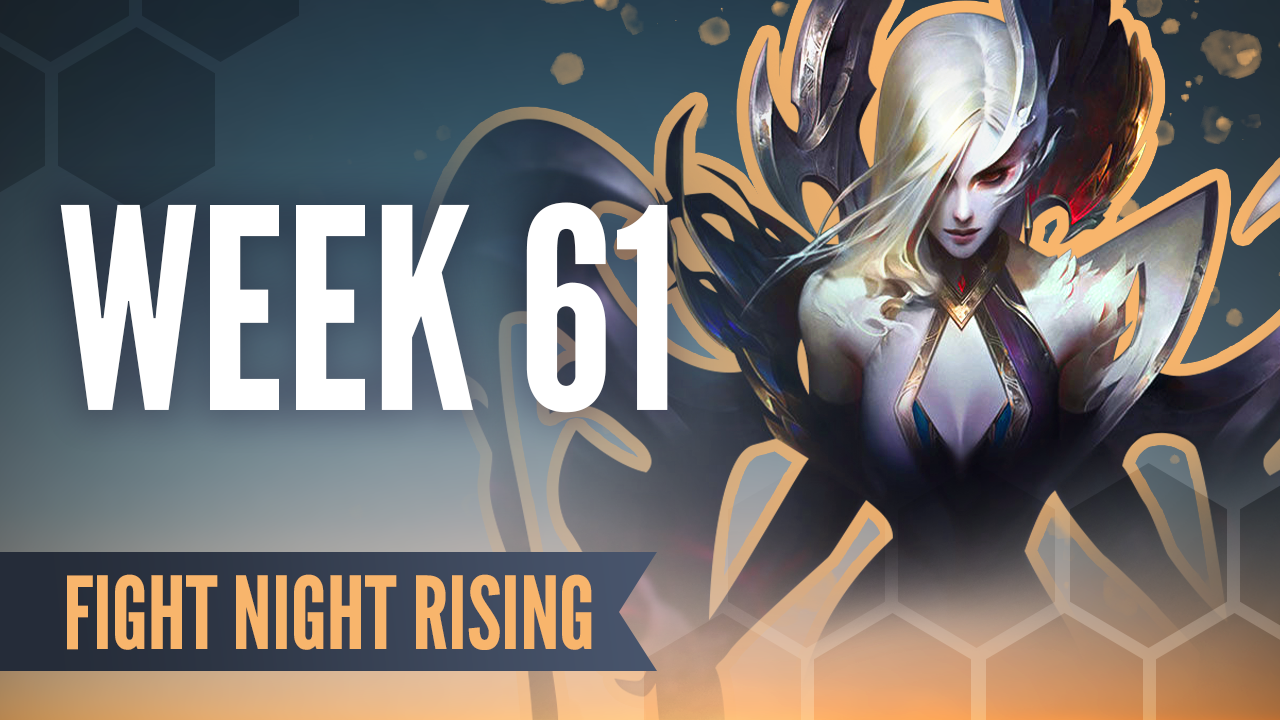 As anticipated, the latest patch has turned the meta on its head. Not a single Jax or Draven made it into the Top 4 throughout the four-game series. Vel’Koz managed to sneak into the Top 4 a couple of times, but it too felt like only the shell of its former glorious self.

For the first time in a while, each game was won by a different comp. Coven Assassins, Rangers, Brawlers, and Dawnbringers all managed to snag wins today. Despite the nerfs to Coven Assassins, they still seem viable and Nocturne is looking like a decent secondary carry in the Assassin lineup.

The physical damage mitigation of the Ironclad Skirmishers significantly diminished the viability of Ranger comps, but with the heavy Skirmisher nerfs, it looks like Rangers are back on the menu!

Varus seems to be the most popular carry of the comp, but a well-itemized Aphelios can do some serious carrying himself.

We were introduced to the Sett carry during the tail end of the reroll Vayne era, but with the increased chance to find two-cost units at level 6 (from 35% to 40%), he seems to be making a comeback!

Riven is looking like one of the hottest carries of the patch with her shiny new buffs. Karma finally has solid secondary carry to back her up in the mid-game.

There’s also a higher chance to three-star her at level 7 with the increased probability of finding three-costs at level 7 (from 30% to 35%).

Blargh’s Abomination Legionnaire comp was at the top from the start to Stage 5 in the first game of the tournament. But jollyfaker was able to three-star both his LeBlanc and Nocturne by level 7. Then the Coven Assassin board assassinated every opponent in its path!

Sunco’s Yasuo in a Nightbringer Dragonslayer comp was able to clinch a Top 3 spot but fell off against the higher capped boards.

Before the final round, jollyfaker was able to grab a Spatula off of the carousel to complete a Force of Nature and leveled to 9.

He was able to reach 3 Mystic and bring in Volibear for 3 Revenant. It was quite a big power spike and jollyfaker took down Blargh’s Abomination comp with relative ease; ending the game on a ten-round win streak.

Wing AKA Mortdogcat was down to 11 HP in seventh place while Omaestrow was on a win-streak with 64 HP. But Wing’s 4 Invoker board with an itemized two-star Heimerdinger and Kindred managed to end Omaestrow’s 4 Ranger win-streak.

It was Top 3 time when they met again, and this time, Omaestrow had 4 Mystic and was able to take down the magic damage-heavy board.

Altenahue had been on the top side of the lobby for most of the game. He played a Nightbringer Aphelios board that included a three-star Lee Sin, and by the time he secured the Top 2 spot, he also had 4 Rangers in.

Omaestrow’s Taric and Rell’s damage mitigation proved to be too much for Altenahue’s Rangers, and Omaestrow was victorious in Game 2.

Wing’s Draconic Brawler comp took a huge lead early on. At one point in stage 5, he had 90 HP while Altenahue in second place had only half of that.

Altenahue played an interesting Nightbringer Legionnaire comp that played Yasuo and Riven as its carry duo. Three-star Lee Sin was again along for the ride.

But unfortunately, Altenahue couldn’t reach level 8 before he was taken out by Wing’s Super Strong Sett!

In the Top 2, Wing went up against Stryggar’s 7 Hellion board. He held two Teemos on the bench to lessen the chance of Stryggar two-starring his own Teemo.

Stryggar managed to take a round against the Brawler Boys, prompting Wing to sell his Teemos to look for his last Nunu. He was able to hit the three-star Nunu but the winning move was to successfully Zephyr the hard-hitting Teemo.

In the final round, Stryggar was able to dodge the Zephyr, but the three-star team was too much for Teemo to handle and Wing took Game 3.

Coming into the final game, jollyfaker led with 20 points, followed by Omaestrow with 19, Wing with 18, and Altenahue with 17. It was a close battle for both the win and a spot in the Top 3.

Sunco’s Coven Renewer board was on 100 HP until Stage 3 but even with three-star Soraka and Lissandra, he eventually dropped out in fifth place. Omaestrow’s Dawnbringer comp took the top spot and was in the lead from the end of Stage 4.

The final match-up was between Wing and Omaestrow. Wing played a Vel’Koz board with Revenant while Omaestrow played a Dawnbringer comp that featured a three-star Riven backed up by a strong Karma and a splash of Abomination and 3 Mystic.

The slippery Vel’Koz proved to be a worthy opponent, but Omaestrow’s board was too strong and in the end, Riven sliced the Squid into sashimi.

Omaestrow showed his versatility playing three comps in the four games, but he heavily favored Rangers!

Wing started the day with the dreaded 8th place finish but turned things around to get an average placement of second in the last three games and secure second place overall.

Jollyfaker secured third and will return again next week. Unfortunately, Stryggar’s Fight Night journey will end for now, but I’m sure he’ll be back eventually.

The nerf hammer hit Jax hard and he was nowhere to be seen today. Rangers, Riven, Sett, and Assassins seem to be the strong comps for now.

But with the increased chance of finding two-cost units at level 6, we may see the rise of even more two/three cost-centric comps. Tune in again next week to find out!