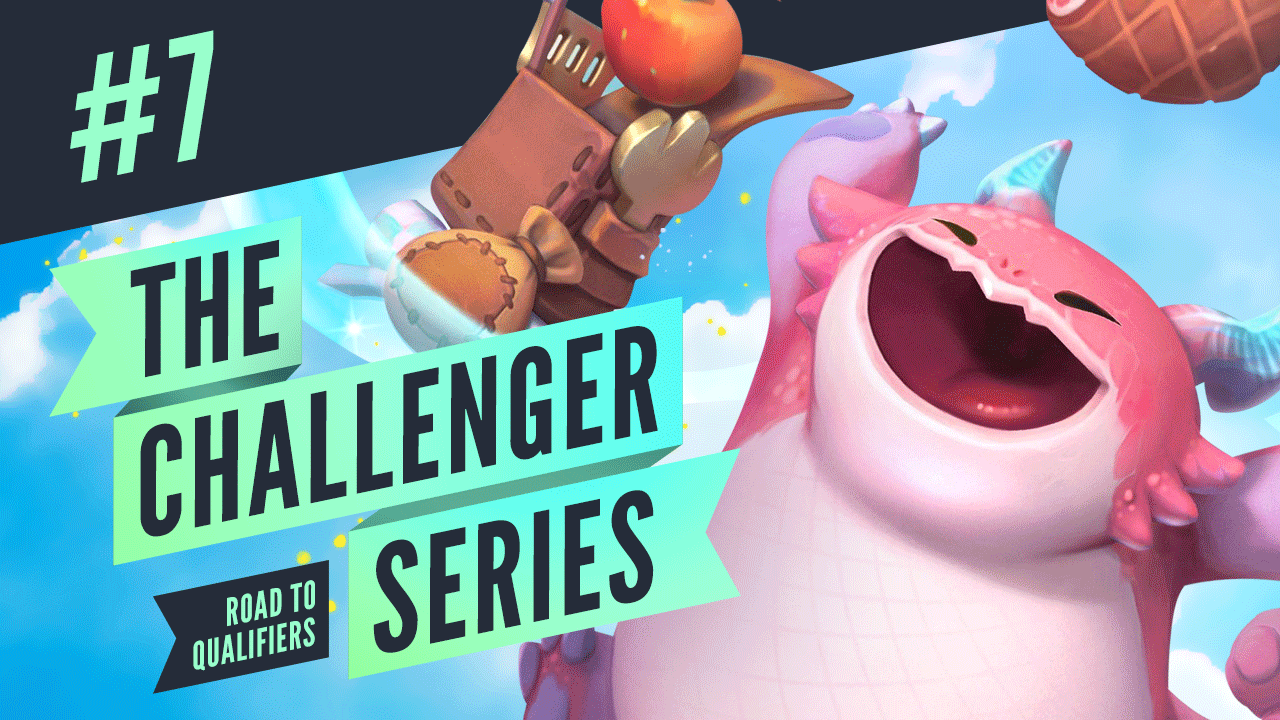 The Challenger Series features some of TFT’s best players. Every two weeks, eight of the highest-ranked NA Challengers gather to compete for $200 and a slot in NA Fates Qualifier events.

This week’s Challenger Series was won by Nostereleven, who placed 2nd in the previous Challenger Series. He played extremely well and had success with Warlord Sharpshooter, Vanguard Slayer, and Dragonsoul Mage + Vanguard + Legendary comps.

He prioritized Vanguards for his front line, playing the synergy in all five games.

PockyGom ended the tournament with the most points overall but narrowly failed to claim victory against Noster in the final game. He won Game 3 with a Brawler comp and Game 4 with an interesting Executioner + Slayer comp.

Another game was won by Brawlers with a splash of Dragonsoul and Elderwood. The remaining game was won by an Asol Vanguard comp backed up by 5-costs and four Ornn items.

Noster played an early Dragonsoul Tristana with Sharpshooter and Vanguard/Brawler. He managed to find an early Orrn and that forged four Artifacts. At level 8, he grabbed a Chosen Vanguard Aatrox. He was also able to 2-star Yone and Swain.

His last remaining opponent was Sphinx’s Brawlers. They traded round wins, but ultimately the four Orrn Artifacts, 2-star Legendaries, Dragonsoul passive, and Sunfire Cape managed to bring down the beefy Brawler boys.

Cottontail played a Chosen Vanguard Garen with Sharpshooters. He slowly added in Spirit units and found an early Kayle at level 6. He leveled to 7 and found a Chosen Enlightened Morgana.

The Lucky Lantern dropped two Loaded Dice, and at level 8, he found a Kayle 2 with the help of one. He didn’t lose a single round after that and ended the game on 55 HP. He was eventually able to find a Chosen Kayle and 3-star it with the help of his other Loaded Dice.

PockyGom initially played a Cultist board but found a Chosen Brawler Vi early on. He splashed in Dragonsoul and grabbed an Elderwood Spatula for his Shyvana.

At level 7, he rolled down to 3-star his Vi and Nunu. It was an extremely close game for the Top 4, but good Zephyr placement enabled him to catch his opponents' Olaf and Kayle in the three final rounds.

With his opponents’ carries airborne, his Hextech Gunblade Nunu was able to gobble up the rest of the enemy board. He was able to grab a Sett off of the final Carousel to complete his Brawler Exodia and take the game away.

PockyGom found a Chosen Garen and played early Warlord with Sharpshooters and Spirit. At level 8, he found a Samira and 2-starred it with his double Neekos.

But in the next round, he found a Chosen Kayle, and things really started to take off.

He transitioned into an Executioner/Slayer hybrid comp, bringing in Lee Sin, Tryndamere, and Pyke for the Slayer, Duelist, and Divine synergies. A clutch Lee Sin punch kept Ramblinnn’s Diana away from Samira and netted PockyGom a close win.

The day ended with an intense last game. Pockygom, DQA, and Noster could each win the tournament by placing first.

Pockygom grabbed a Chosen Yasuo, but also completed, an incredibly early, 3-star Fiori right after the first carousel. He won 9 rounds in a row and but failed to 3-star his Morgana in his 6-Enlightened comp.

Noster had an almost equally favorable start. He grabbed a Chosen Garen and managed to hit 3-star Nidalee by 3-1. Golden Garen came at 4-1.

He went from 53 to 20 HP in two rounds after losing two rounds in a row. He nearly lost against Pyrirer’s Brawler comp, but his 2-star Sett slammed Noster’s lone sand soldier. The soldier was positioned in the front corner close to Sett’s yoga mat.

The final round came down to PockyGom vs Noster; the winner would take the series! PockyGom’s Lee Sin tried to punch out the Golden Garen four times, but the cornered Nidalee kept Garen in the ring. In the end, it came down to a 1v1 battle between Garen and Janna. The Golden Garen was victorious.

Dragonsoul was played in 40% of the Top 2 comps (Brawler, Eldermage, Slayer variants).

Kayle again led in Top 4 finishes, while Warlords and Brawlers were not far behind.

Reroll comps are good. Kayle is good. Brawlers are good. Warlords are good. Most comps are pretty good! Fabled was very unpopular today. Splash in Dragonsoul when appropriate and please don't contest my up-and-coming Executioner/Slayer comp!

With this Challenger Series victory, Noster has secured a slot in the upcoming Fates Qualifier 4, which runs from February 26 to 28. We can't wait to see how he will perform!