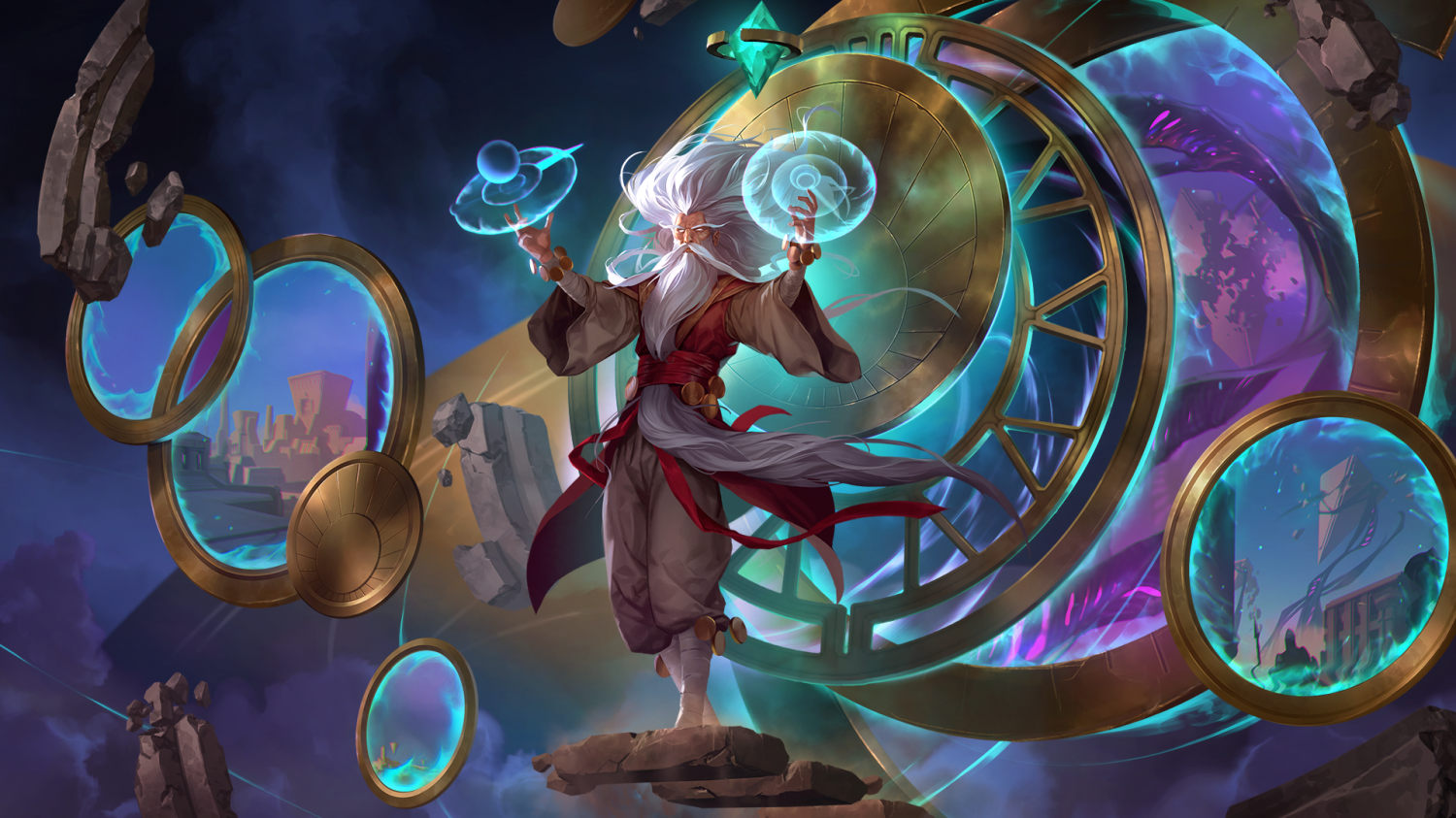 Knock knock! You thought it was summer knocking, but that’s only the second most important thing to happen in 2 weeks, the first obviously being the Guardian of the Ancients seasonal tournament! Spots are filling rapidly for the first Legends of Runeterra championship and with the least amount of time yet between a patch and a seasonal, I, Boulevard, am here to help you catch up on the meta and some of the things that have been happening in the grassroot tournament scene. This is so you have a better idea of how to spike this seasonal and earn your spot at Worlds (or if you just like stats I guess that's reasonable too).

While dozens of tournaments happen over the course of the week, it’s a little too much to report on, so you might be wondering how I cherry pick the events to gather info from. I’m really looking for two things: at least 64 players (with a little leeway), and the event must be playing in the “Riot lock” seasonal format. Because the meta can shift drastically when you change parameters around deck building, number of decks brought, and bans, it doesn’t make sense to lump them all in together as you’ll get a skewed version of the meta. For this reason, I won’t be covering EU Masters or Giantslayer Fight Nights. If you run a tournament that fits here that I’m not covering, feel free to reach out to me, as more data is always better.

This week we’ve got two tournaments to look at; the Online League Series #27 and Poro Furioso #6. To make it a little easier to read, I’m going to lump both Top 8s together to show you the numbers (so keep in mind we’re looking at the amount of Top 8 spots they took out of 16)

Now that you have those numbers in your head, let me spritz you with a light refresher. The Empires of the Ascended seasonal was largely dominated by 3 decks; TLC, Nasus, and Demacia Asol. Now, 2 balance patches and a set release later, we’re starting to see these decks less and less in a tournament setting despite them maintaining a strong ladder presence. You may have pointed this out to someone before, only for them to bark back “ladder and tournament are different”. Then you had to sullenly concede the point because, well, it’s true. I’m here to tell you the why. While Irelia is obviously putting up great numbers, it’s not really something that should be pushing things out of the format because you can always ban it. The reality of the situation seems to be that, despite two balance patches and a set release, not much has changed. We’re in an extremely similar meta to the Empires of the Ascended seasonal meta, and yet things look very different. Why? Because we’ve been in the same meta for so long. There was a significant shift from the pre-patch and post-patch Empires meta (largely due to the rise of Nasus 3 days before said patch). So when it came to tournaments, players were looking for the most safe and consistent lineup that had a good spread of matchups: TLC/Nasus/Asol. Now that we’ve had a lot more time to play with the same meta, anti-meta strategies are becoming more prevalent. Irelia had an extremely poor showing on release, but in the late stage meta is becoming one of the cornerstones of an anti-TLC lineup. In fact, when we look at the top 5 decks from the weekend (Irelia, Draven/Ezreal, Overwhelm, Deep, and TLC) 3 of them are considered to be counters to TLC.

MaykaS (formerly Maykon Jaxson) actually picked up an OLS win with Shen/Jarvan, Overwhelm, and Frostbite Midrange- a lineup that I would argue is aimed at beating TLC. And this is a great lineup to highlight exactly what to do in a meta where anti-meta is running rampant, which is to not go too far down the rabbit hole. One of the reasons that anti-TLC didn’t do too well in the Empires meta is because the decks at the time weren’t as refined. The deck with the highest win rate against TLC was Lucian/Azir, which had notoriously swingy matchups against the rest of the field. While MaykaS makes a lineup that beats TLC, they don’t only beat TLC which is a line that is a lot easier to walk the longer you’ve been in the same meta. This was put on full display in the finals when they went up against Pedro (Azir/Irelia, Nightfall, Draven/Ezreal) and closed out the match by beating Azir/Irelia with Frostbite Midrange.

On the flip side, Vygg picked up the win at Poro Furioso with a lineup that, at least to me, didn’t have a clear cut strategy for one popular deck they were looking to 2-0. Vygg instead went for a well rounded Overwhelm, Discard Aggro, and Nasus lineup. Lineups like this offer more flexibility in the bans which can play into your favor if you’re not running into the same deck constantly. With Vygg being no stranger to the tournament scene, he certainly has the experience to make the right call when the time comes. Vygg took the win over A Lvl 3 Magikarp (Draven/Ezreal, Nasus, Thralls).

So where does Azir/Irelia play into this? As I mentioned earlier that it flopped hard on release, but now it’s putting up the most tops right after nerfs? “Boulevard,” you cry out, “make it make sense!” The simple answer is that like Azir/Lucian before it, Azir/Irelia has a very good matchup into TLC. The main difference is that Azir/Irelia has a good spread of matchups across the board as well and can usually beat a lot of decks with an average hand. This is due to the deck being much more well rounded and less combo oriented than the Lucian version. But it can still be banned, and then we have to look at the rest of your lineup. Turns out, there was a four way tie for ‘decks that are paired with Irelia most often’ this weekend with Deep, TF/Fizz, Overwhelm, and Draven/Ezreal. It’s a bit of a mixed bag as to what the Irelia players have in mind as Overwhelm and Deep round out a very nice anti-TLC lineup while TF/Fizz and Draven/Ezreal seem to be going for something else entirely. Deep and TF/Fizz certainly feel like potential weak points of a lineup, and it's possible we haven’t quite nailed down where Irelia is supposed to fit in the 3 deck 1 ban format just yet. That said, the deck itself is also counterable, and I look forward to next week to know where the deck stands. It’s not uncommon for the top deck to change on a weekly basis given that there are so many viable decks for tournament play. After all, once you solidify yourself as the top dog you have to survive the target on your head. With such little time between now and the seasonal, it may not be enough for players to find their magical “I beat Irelia and also have game against the field lineup”, but I think Vygg was off to a really good start with Nasus and Discard being two of the highest winrate decks versus it.

If this is your first time looking deep into the tournament meta, thank you for joining me in this. You can expect big changes next week as we’re still in the experimental phase, and may very well still be in it when the Guardians of the Ancients seasonal kicks off in less than 2 weeks.