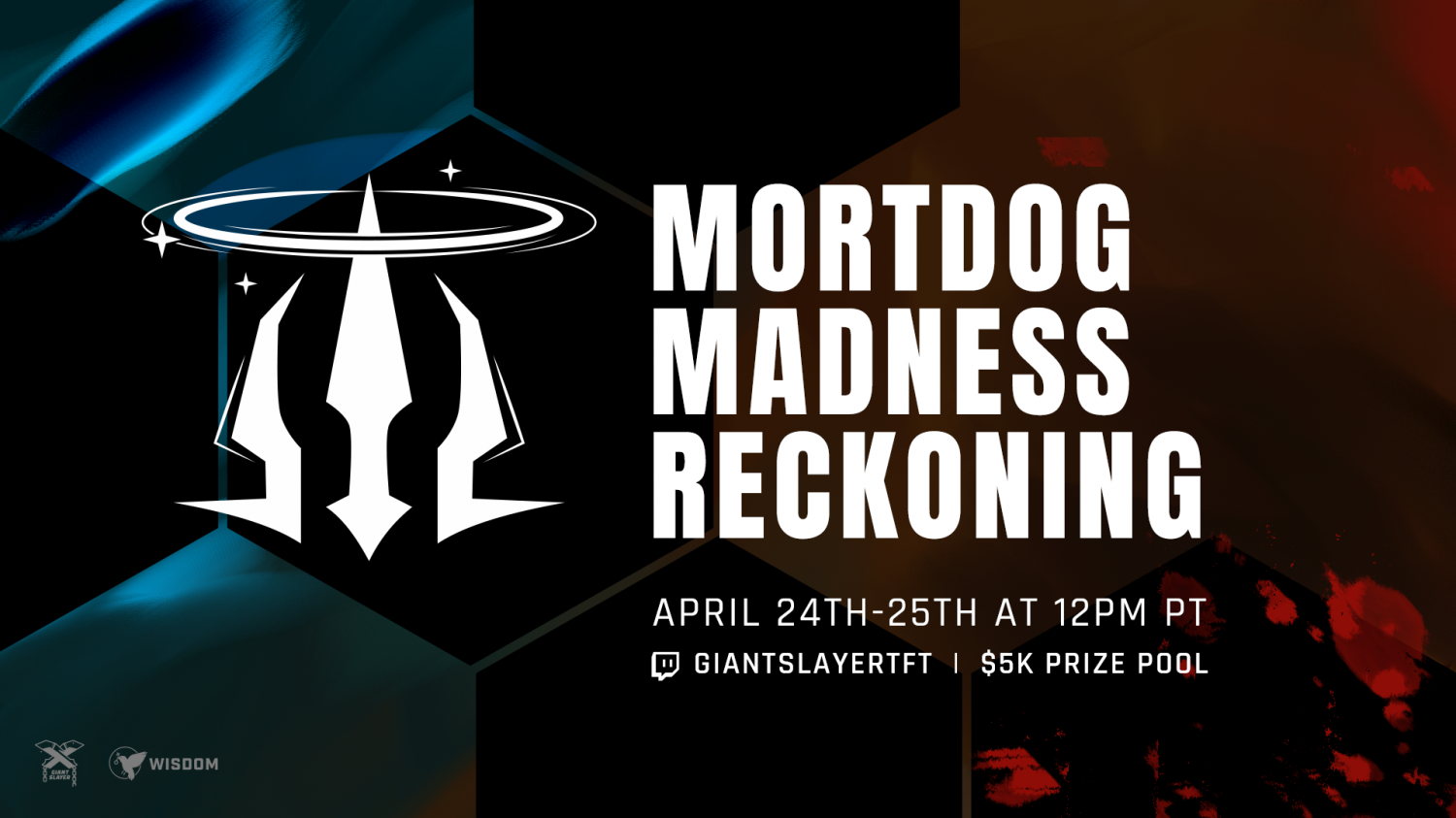 Teamfight Tactics Set 5: Reckoning releases on April 28th. To commemorate the release of Reckoning, Giantslayer and Mortdog teamed up to host Mortdog Madness Reckoning. The event will be held on April 24th and 25th, totaling 10 games across both days, with a total prize pool of $5,000! Two thousand of the prize pool comes from Mortdog himself.

The tournament will be held on the Public Beta Environment, PBE, and intends to help introduce the new set to the public. To help viewers understand the changes to the mechanics of the set as well as explain champions and traits, Mortdog will be casting the event alongside Doa. Across the 8 total hours of broadcasting, players will see all new traits, from Abomination to Verdant and everything in between!

On top of breaking down each trait and champion, viewers can expect to learn about Reckoning’s main mechanic: Shadow Items. This new mechanic will allow players to create “shadow” versions of items which can greatly improve the combat effectiveness of your team, but often coming with some sort of negative effect.

A total of sixteen master tacticians will compete in this tournament. From your Festival of Beast Worlds representatives of DQA and Kurumx to popular streamers like Becca and GV8, the full list of participants will allow viewers to see the game from multiple tactical views. Most of the players are recognizable through their competitive performances like Uneed, Souless, and Soju. Whether you are interested in learning from some of the top players at the level of Agon and Kiyoon or rooting for your favorite underdog in Emily or Shaunz all viewers should enjoy the event and look forward to learning about the new set.

As the first major event of the new set, watchers may even see players like Uthenera, KC_Double or Ginggg set themselves above the rest as early front runners for both regional and world championship contention. The final two competitors, ImSoFresh and Sologesang could also break out some interesting styles or team comps to spice up the event. While you can watch your favorite player’s stream, the main event will be streamed on GiantSlayerTFT's Twitch channel!

As with most other tournaments, the event will see the players seeded into two groups of eight and will rotate through five games on day one to rack up points, with the top eight players making it to day two. On day two, those top eight players will then play through another five games and try to place as high as possible in each game to accumulate the most points -- the player with the highest amount of points will take home the crown.

With all the early information given about the set, and with all the games that have been played on PBE already, there are a couple of things to look forward to: Paying health to buy Teemos in the shop means we may see someone in a commanding lead pick up the Cruel Hellion to boost their board. Warwick looks to be a really strong early game carry with the right items. Abomination comps revive a Sion Monstrosity that borrows items from Abomination champions around it.

This Mortdog Madness is shaping up to be one of the most insane events for TFT. You will not want to miss this event, so equip your Evil Quicksilver to prevent CC and ride Skarl into battle! Which Champions and Synergies are you most excited to see and who do you expect to take home the title?