Wisdom Gaming
Wisdom Gaming is an emerging leader in esports and gaming entertainment with a mission to create spaces where everyone can experience the joy of gaming. Wisdom’s diverse team of experienced esports minds offer turnkey creative and production services, tournament organization capabilities, and marketing strategy for brands and publishers passionate about establishing their legacy in esport and gaming.

Riot Games
Riot Games was founded in 2006 to develop, publish, and support the most player-focused games in the world. In 2009, Riot released its debut title, League of Legends, to worldwide acclaim. League has gone on to be the most-played PC game in the world and a key driver of the explosive growth of esports.

As League enters its second decade, Riot continues to evolve the game while delivering new experiences to players with Teamfight Tactics, Legends of Runeterra, VALORANT, League of Legends: Wild Rift, and multiple work-in-progress titles. Riot is also building the world of Runeterra through multimedia projects across music, comic books, board games, and the upcoming animated series Arcane. 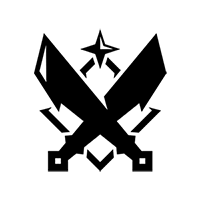